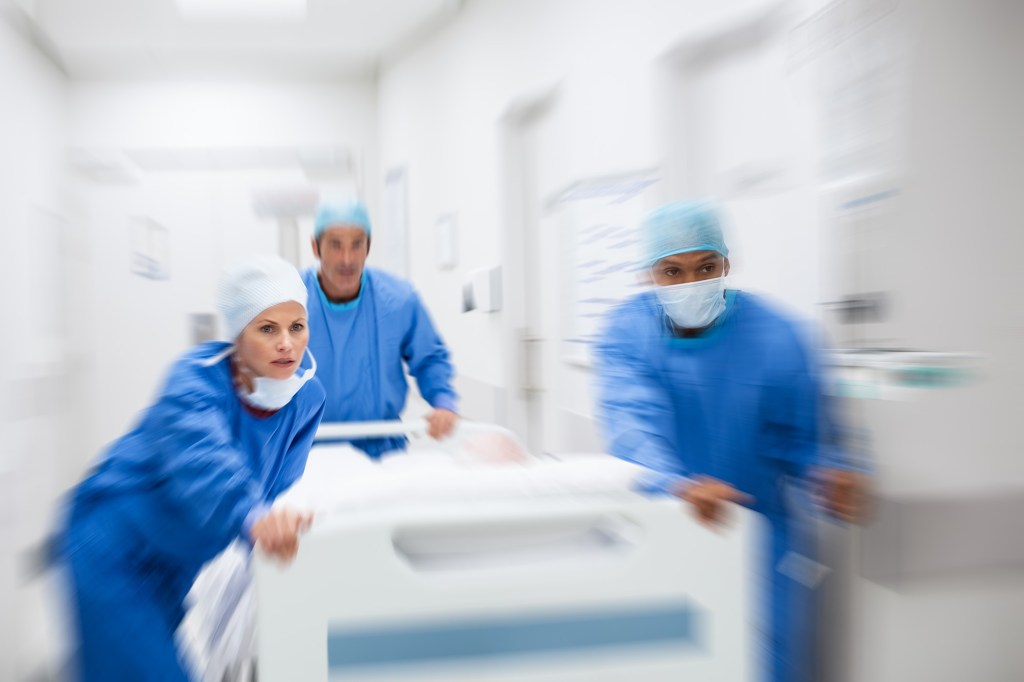 A close shave with death can cause your life to flash before your eyes — well, sort of.

Dr. Sam Parnia said millions of people across the globe have experienced the phenomenon, known as “lucid dying.”

“People have been reporting that when they were at the brink of death or when they had gone just beyond death, when they were brought back to life again, they had this incredible experience even though they appeared to be dead or in a deep coma from the perspective of the doctors,” Parnia told The Post on Wednesday.

“From their own perspective, their consciousness had become more lucid — and more heightened — and as part of that lucidity, they undergo an experience where they’re able to re-live” life.

A new study — published by Parnia and a team of researchers at New York University’s Grossman School of Medicine — examined 567 men and women who received CPR in a hospital when their hearts stopped beating.

Although fewer than 10% of patients recovered to the point where they were able to be released from the hospital, one in five survivors, according to the study, reported heightened consciousness and “unique lucid experiences.”

Survivors told researchers they experienced a “perception of separation from the body, observing events without pain or distress, and a meaningful evaluation of life, including of their actions, intentions and thoughts toward others,” according to the university.

Parnia, director of critical care and resuscitation research at NYU Langone, has long been fixated on what happens to the human brain after death.

The accounts from survivors, researchers said, are distinguishable from “hallucinations, delusions, illusions, dream, or CPR-induced consciousness.”

“It’s a confirmation of what people have been saying for years and who unfortunately have been poo-pooed and dismissed,” Parnia told The Post. “It demonstrates that these are not hallucinations, they are not illusions, they’re not delusional thought processes. These are real experiences that occur when we die.”

For such reasons, Parnia said he dislikes the term “NDE” or “near-death experiences,” stating that such language is stigmatizing — and too broad. The British doctor has similar feelings about the colloquial phrase “life flashing before your eyes.”

He continued: “People on the brink of death undergo a deep, purposeful, meaningful re-evaluation of all of their life that is focused on their thoughts, their intentions and their actions towards other people. What’s fascinating is that they re-live everything that they’ve done, but actually not like a movie and not based on chronology.”

Parnia said he installed “brain-monitoring systems” on patients as they were being brought back to life and on those who were on the “brink of life and death.”

“We identified the brain waves — these so-called alpha, beta, theta, delta and gamma waves — in people up to an hour after they’ve been revived,” he said. “These are brain waves that you normally see where people are having conscious thought processes, when they’re recalling their memories, when they’re having high-order brain and cognitive or mental activities.”

Some of the study participants who told researchers they were cognizant of CPR being performed on them spoke of “heading to a destination.”

“These lucid experiences cannot be considered a trick of a disordered or dying brain, but rather a unique human experience that emerges on the brink of death,” Parnia said. “As the brain is shutting down, many of its natural braking systems are released.”

He continued: “Known as disinhibition, this provides access to the depths of a person’s consciousness, including stored memories, thoughts from early childhood to death and other aspects of reality. While no one knows the evolutionary purpose of this phenomenon, it clearly reveals intriguing questions about human consciousness, even at death.”

The new study is the first peer-reviewed consensus statement for the scientific study of recalled experiences surrounding death, per NYU.