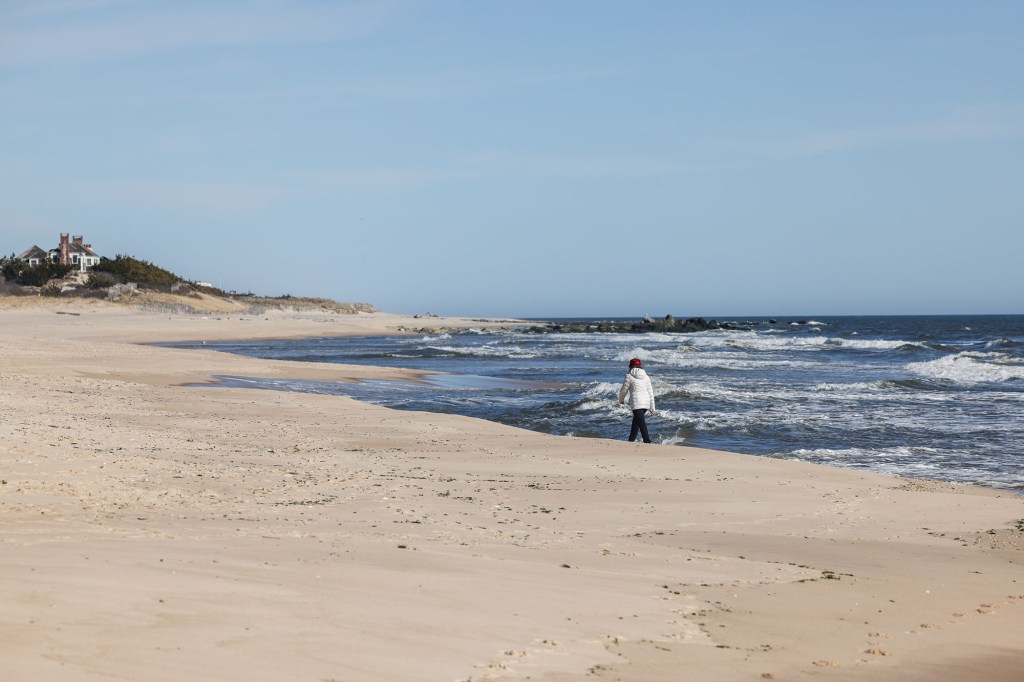 Often overshadowed by its glitzier, much louder neighbor, for many Australians heading to the US, tacking on a visit to Long Island after a few days in New York’s Manhattan often falls into the depths of the bucket list.

But after spending several days in the city that never sleeps, the lure of beaches, bagels and the boujie streets of the Hamptons were calling.

A hidden gem of sorts, Long Island stretches from the southeasternmost part of New York State, and is just a stone’s throw away from the hustle and bustle of Manhattan.

But competing with the lights and sounds of ‘the city’ means many Australians skip the trip to this unique part of the state, and if I’m honest – it’s a mistake I’ve too made many times before.

As the longest, largest and most populated island in the nation, a visit to Long Island isn’t just for a quick overnight stay if you want to experience all the best this slice of the state has to offer.

So after spending 72 hours in NYC’s beachfront backyard, here’s a few spots that must make it onto your itinerary – and a hidden pizza shop worth the 10,000-mile trip from Australia’s east coast.

How to get around:

The best way to get out of the city and into Long Island is on board the train (which we took from Penn Station to Wantagh) before venturing further east.

Once out of the city, you’ll want to get yourself a car to explore the 118-mile stretch of the island – there’s so much to see and explore, from beaches to nature walks, boutique shopping and mansion gawking – you won’t want to be confined to a train line or bus route.

Long Island has a growing number of cozy BnBs and boutique hotels and motels to explore, as well as the more luxury end of town (The Hamptons, ahem) where ultra-luxury meets the golden sands of the state.

Long Island essentially splits at a fork, and for many – it’s easy to get swept up with the luxury and beauty on the south side (home to the famous Hamptons).

But if you can pull yourself away from the fame and fortune (and super cute boutiques that line the streets of Southampton, Bridgehampton and Sag Harbour) – it’s well worth jumping on the ferry to the north fork and fishing town, Greenport.

Sleepy but a beautiful coastal spot for every season, the real highlight is the newly transformed waterfront motel, dubbed the Sound View.

Stretched over 14 seaside acres and with its own private beach, every room at the property comes with an insane view across the Atlantic.

The rooms are all decked out with everything you’d need for an overnight stay or something a little longer, with a coffee machine and a decent snack bar at the ready.

There’s a pool that overlooks the pebbled beach below, and if you’re in the mood to dine in – you can’t go past the motel’s onsite restaurant.

Known as the Halyard, and spruiking the best views in town – the restaurant dishes up local seafood that will have you ordering seconds.

A real paddock-to-plate experience, you can’t go past a few sunset drinks on the balcony ahead of a plate or two of their freshly suckered oysters.

If you want to head into town, where there’s a number of cute boutiques, bars and cafes – grab one of the motel’s bicycles and follow the well-marked path into the port. It’s flat and scenic, so you’ll get a good sense of your bearings if you plan to spend a few days.

If you’re after something a little less seaside and a little more Succession (yes, the hit HBO TV series film some key scenes here) – make your way down the north fork to the township of Huntington, where you’ll stumble upon the grand, historic hotel known as ‘Oheka Castle’.

Surrounded by acres of manicured gardens and filled with history, this insane castle was built in 1919 as the country home of financier and philanthropist Otto Hermann Kahn.

As the largest private home in New York, the property has gone through tens of millions of dollars worth of renovations over the years after it fell into disrepair in the mid-1930s.

The most recent owner, Gary Melius – who you may catch having a drink in one of the property’s many courtyards – has invested years and a lot of cash into getting the castle back into a hotel and popular wedding venue.

While I stayed overnight to experience all the castle has to offer, it’s probably not necessary if you’re keen on just checking out a bit of history and its Insta-worthy grounds. The rooms are decent in size, but despite undergoing some serious renovations, they do feel a little tired.

But a walk around the grounds is well worth the visit, and you’ll be stopping at every corner for a photo while you’re at it.

Long Island is the ultimate destination to loosen the belt and indulge, with bagels, beer, seafood and the famous New York Pizza trumping the ‘must-try’ list.

Everyone will get you going on the island’s famed lobster roll – which are incredible, and if you’re going to try one make it at Noah’s in Greenport (which I will delve into later), but for me – it was about finding the ultimate slice of pizza.

Just around the corner from Six Harbors Brewing (who serve up a great pint alongside their resident brewery pooches, who you’ll catch roaming the beer garden) – nip into Rosa’s for a delicious and enormous slice of pie.

I went with the margarita, and one slice should be enough – but when in NY, right?

A whole pizza is the size of a car wheel, so you’ll need to share – but the simplicity of both the decor and the food is well worth the 16,000km trip from Australia’s east coast to indulge in.

Circling back to Noah’s in Greenport, if you’re after something a little more paddock to plate – this is where you’ll find it.

Sitting in the center of town, surrounded by a string of bars and other cafes, Noah’s has been dishing up farm-to-table experiences for more than a decade.

The lobster rolls are huge – and a hit – as are the Tasmanian red crab tacos. So if you drop by, make sure it’s on an empty stomach.

Serving up anything and everything you’d associate with a full American-style breakfast (think waffles, breakfast burritos and red vinyl booths to sit in) this is a locals favorite and also a great spot to sit back with a plunger coffee and people watch.

It’s cheap too, making it a great start to your day exploring the North Fork of Long Island.

The best way to see Long Island is without doubt behind the wheel of a car – there’s a lot of ground to cover, especially if you plan on venturing from Queens all the way up to Montauk.

Keep up with today’s most important news

Stay up on the very latest with Evening Update.

There’s plenty of beautiful beaches to explore, and if you want to get a real feel for the island – and some pretty spectacular views to match – drop into Fire Island lighthouse.

You’ll learn all about the history of ‘Fire Island’ during the tour, but be prepared for the 182 steps you’ll need to take to get to the top.

But once there, you’ll be welcomed by 360-degree views out to Great South Bay and across the Atlantic Ocean – it’s a pretty spectacular spot to take it all in.

For a fun little taste of the farm-side of ‘paddock to plate’, be sure to stop by one of the fruit-picking farms dotted around the north fork.

We slipped into Wickham’s Fruit Farm and Harbes Family Farm for some wholesome apple picking, and a few apple cider doughnuts (a local favorite you have to try). But along the north fork, there’s plenty of places you can slip into for a farming fix.

If you’re feeling like a drop of wine (and when temperatures soar on the island, who isn’t) be sure to drop by the Tuscan-style Terre Vite for some sauvignon blanc, chardonnay or merlot.

And if you’re keen to add a side of lunch with your glass, shoot down to Del Vino in Northport for a great combo of Italian-inspired cuisine and a glass of their signature Rose.

This writer traveled to Long Island as a guest of Air New Zealand and Long Island Tourism.