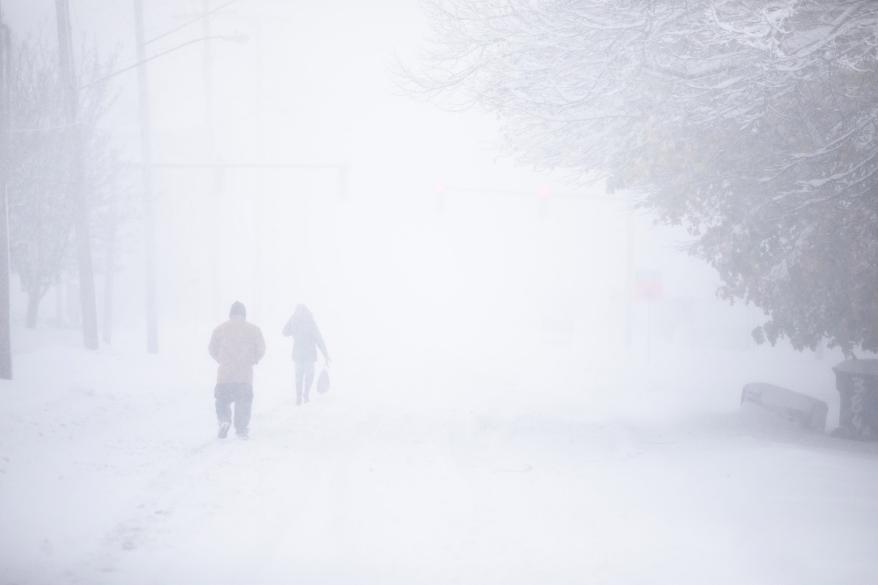 Western New Yorkers are digging themselves out of a record-smashing snowstorm that has left some areas under more than six feet of white powder.

Over 16.1 inches of snow fell in Buffalo on Saturday, more than doubling the previous daily maximum snowfall record of 7.6 inches set in 2014, according to Fox Weather.

Orchard Park also broke the state record for most during a 24-hour period with 66 inches, shattering the previous record of 50 inches in Camden in 1966.

On Saturday morning, Gov. Kathy Hochul told WGRZ that approximately 70 National Guard members have been sent to the Southtowns to help remove snow in the hardest hit areas including Orchard Park, where more than six feet of snow was recorded.

“We need to do the major roads first,” Hochul said. “We need to be able to ensure that any emergency vehicles and ambulances can get to individuals that have. That is our biggest concern right now.”

Shortly before noon on Saturday, Erie County Executive Mark Poloncarz said in a tweet that the National Guard had arrived at the county’s Emergency Operations Center and was being used to transport people who require dialysis.

At least two people have died shoveling snow in the Buffalo area since the storm began prompting officials to warn western New Yorkers to “just let your driveway fill up with snow.”

Poloncarz said the deaths were caused by cardiac events associated with exertion during a Friday press conference in Cheektowaga. Western New York has already been hammered by more than 6 feet of snow in some areas, causing travel bans, road closures and flight cancellations.

So far, it has already become the third snowiest November month in the Buffalo area on record with more than 29.3 inches of powder falling as of Saturday morning.

The snowiest November ever recorded was in 2000 when 45.6 inches of snow fell in the area.