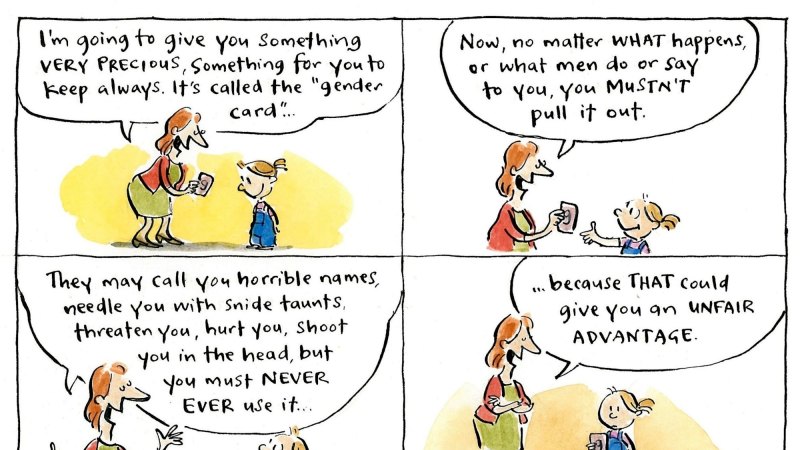 What value privatisation?
The editorial (18/6) states, “In an ideal world, governments should not be meddling in the business of wholesale energy production.” Why not, exactly?
It could be argued that one major factor in our current energy crisis is precisely government abrogation of responsibility by handing it over to private operators motivated by profit, not provision of service. Obviously, the politicisation of renewables versus fossil fuels in production is another issue.
Why is it so unpalatable for government to maintain control of essential services, (as partly has WA, to its credit), using funds from taxes or bonds to produce energy as efficiently as possible at a fair price to consumers, minus parasitic intermediary, and retaining any profits to benefit all Australian citizens instead of only private shareholders?
Same applies to other examples – aged care, childcare, water etc. Remember Medibank Private’s ideological sale? What lasting benefit has any such privatisation achieved?
Now that would seem to me more nearly “ideal”.
Joe Di Stefano, Geelong

Life ban solution
Why is the AFL struggling to come up with a revised illicit drug policy when the answer is so blindingly obvious?
Give every player one chance and if they are caught using illegal drugs, ban them for life. The problem will vanish overnight. It is very easy to not use illegal drugs. Overwhelmingly, ordinary Australians do so everyday without any difficulty whatsoever.
Jeremy Browne, Ripponlea

Debt of gratitude
Tim Nolan (Letters, 20/6) asks, what right have we to meddle in the legal processes of other countries, namely the UK and US, in the matter of Julian Assange? Actually the answer is: we have every right to make our opinions known. In fact, we have an obligation to stand up for the rights of journalists worldwide. If knowledge is power, then without journalists we are left completely vulnerable. Like him or loathe him, Julian Assange brought to light war crimes and other misdeeds by the US and we owe him a debt of gratitude.
Judith Crotty, Dandenong North

Independent stance
The supine comments by Penny Wong and Mark Dreyfus to the Americans over the necessary release of Julian Assange from the trumped-up espionage charges are counterproductive on a national level. When under past Liberal-Country Party governments Australia began to show independence with John Gorton and William McMahon, as successive PMs, extricating Australia from the war in Vietnam from 1969, US politicians accepted their decisions. What can seem to be a political position of stasis with the US on Julian Assange must evaporate with the right persuasion behind the scenes from Anthony Albanese. Negotiations with America on all other issues of investment, trade and defence rest on Australia having a clear independent stand with a “partner”.
Des Files, Brunswick

Hand of peace
It’s devastating to find my mosque vandalised and trespassed. A mosque is a house of worship and is meant to be peaceful, but such events leave the worshippers shocked and horrified.
These attacks generally occur due to a lack of knowledge of Islam and the negative perception given in the media. The Ahmadiyya Muslim community organises various events and helps the community to promote peace in society by taking part in Clean Up Australia Day, raising money for various charity organisations such as the Red Cross and multiple other events.
The fact that the Ahmadiyya Muslim community are happy to meet them and educate them shows the peaceful nature of Islam. Hopefully this gesture raises awareness of Muslims and such horrific events come to a stop, allowing Muslims to live peacefully and worship without any fear.
Ehsan Khalid, Cranbourne North

The avocado index
In the article ″⁣Winter of dish content″⁣ (19/6) a chart compares food and drink prices between 2019 and 2022. Most things have gone up, but avocados have come down from $2.50 to $1.50. Perhaps, now, a large amount of young people will be able to save enough to buy their first home.
Merv Robbins, Coburg

Wrong address
Lord Mayor Sally Capp “is eating cheese at Queen Victoria Market, not far from the deli” (The Age, 18/6). She is actually in the Munro development near Vic Market, just like the McDonald’s on the corner which is, in fact, closer to the deli. The lord mayor is guilty of appropriating the Queen Victoria Market’s famous national heritage brand to promote the businesses/leaseholds in the new Munro site that City of Melbourne has financially invested heavily in.
Melbourne City Council, the custodian of Vic Market, is a public authority and has an obligation and responsibility to protect our cultural and built heritage. Blurring the boundaries of heritage only weakens and diminishes it.
Mary-Lou Howie,
Kew

Safety barriers risk
The recent death of a person trying to change a wheel beside the road was tragic. From the TV footage, it seems at least part of the blame lies with the ″⁣safety″⁣ barrier making it impossible to get a safe distance off the road. Safety barriers should be more than a car’s width away from the road surface.
Graham Patterson, Briar Hill

The moral imperative
In the case of Julian Assange, there have always been competing forces at play vying for dominance. After all that Assange has been through and the hardships and deprivations he has suffered, it is time the legal and political imperatives gave way to the most powerful of them all, the moral imperative. Anthony Albanese will need to stand up to powerful interests in the UK and the US if Assange’s nightmare and that of his young family is to end. As the PM said during the election campaign about the Assange saga, “enough is enough”. Let’s hope he has the ticker.
Nick Toovey, Beaumaris

Cosmetic fix
Surely the simple solution to the current deplorable cosmetic surgery problem is to restrict any reconstructive-enhancement procedures to properly qualified plastic and reconstructive surgeons. The idea that any doctor with no appropriate higher training is able to perform advanced surgery is ludicrous.
Rob Warren, Ivanhoe

The fading deaths
More than 100 deaths occurred at the weekend. They were not in a mass shooting. They were not in a plane crash. They were not in a bushfire or a flood. If they were, the numbers would have shocked and saddened so many Australians. No, they were from COVID. They were hardly reported by the media. They did not really hit the consciousness of people apart from friends, relatives and emergency workers. We have become blase about them and immune to the fact that we are still in a pandemic. Mask up, keep social distancing and save yourself, your family and others in the community.
Greg Tuck, Warragul

Prices poles apart
NSW Premier Dominic Perrottet has said that $25 million is a small price to pay for a flag pole on the Sydney Harbour Bridge. One hates to think what a normal price would be.
Tony O’Brien, South Melbourne

Politics
Peter Dutton suggesting Chris Bowen is a bunny in the headlights may come back to haunt him as leader of a Coalition facing at least six years in opposition.
Hugh McCaig, Blackburn

It is essential for Australia to protect an Australian when the US lays charges of sedition performed outside American territory.
John Hughes, Mentone

In regards to Donald Trump and the truth, in words from A Few Good Men, ″⁣You can’t handle the truth!″⁣
Bill Cleveland, Kew

It is time Australia use megaphone diplomacy to stop the extradition of Julian Assange. Anthony Albanese will lose all his support and goodwill from voters if he fails.
Bill Mathew, Parkville

Furthermore
Unbelievable. If teachers are to be paid $700 a day to work in regions, they will soon earn as much as tradies.
Joan Segrave, Healesville

I’ll encourage and reward everyone who avoids the use of the thoroughly objectionable term ″⁣incentivise″⁣.
Matthew Hamilton, Kew

Sky News is doing a documentary on the ABC. Perhaps it wants to learn how to run a news service that is respected, is factual, has integrity and is objective.
Phil Alexander, Eltham