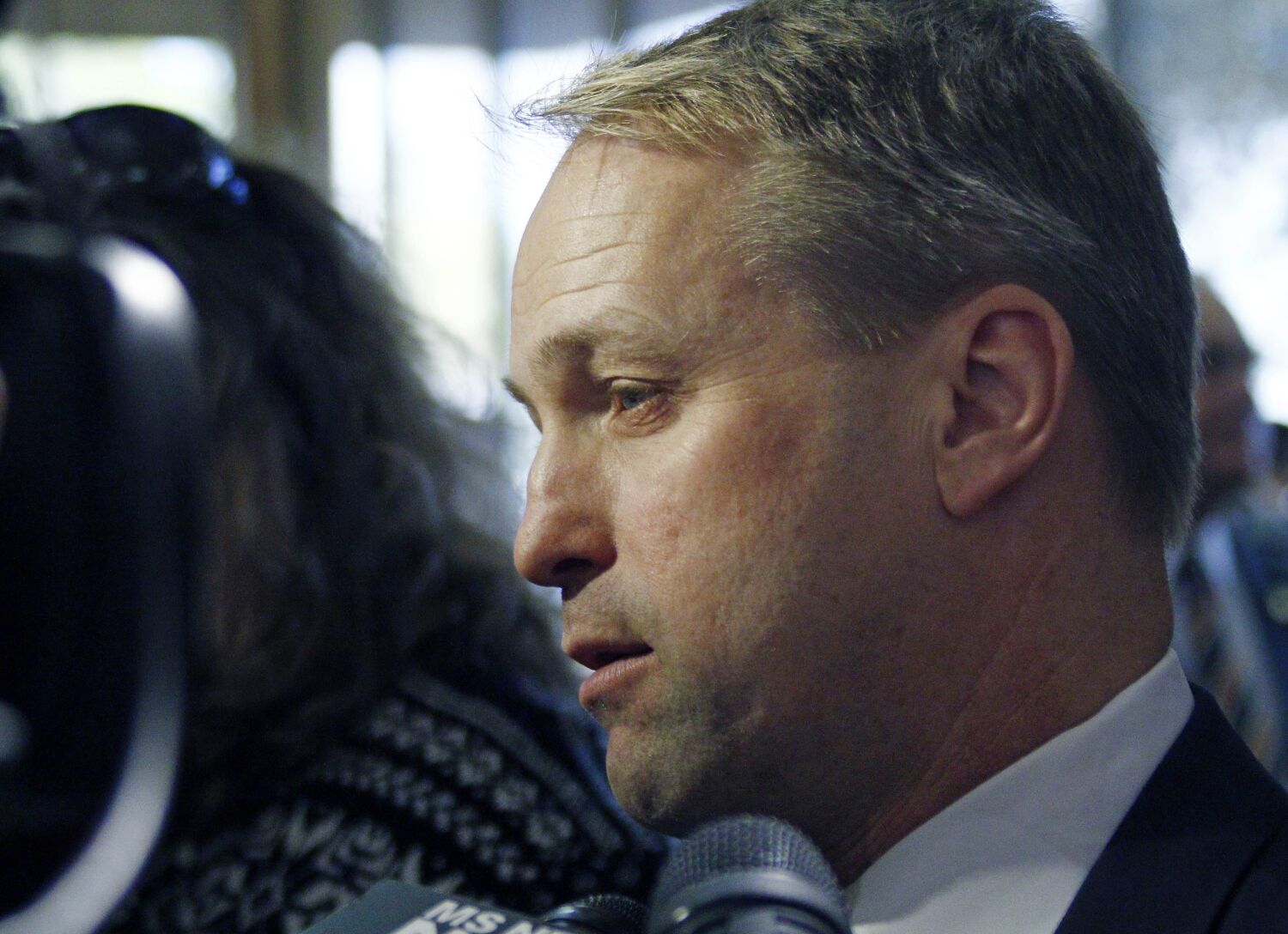 The head of the FBI’s Los Angeles field office has formally recused himself from the ongoing federal investigation into fraud and corruption by Tom Girardi and others at his now-defunct law firm, an agency spokesperson confirmed Saturday.

Donald Alway, the assistant director in charge of the L.A. office, sought the recusal from the high-profile investigation after The Times and other news outlets reported that his mother, Michelle Alway, was a former girlfriend and secretary of Girardi. Public records show that she and her son own a home in Monterey County paid for by now-disgraced legal legend.

Laura Eimiller, a spokeswoman for the L.A. field office, said in a statement that Donald Alway “requested recusal and has not and will not be involved in this or any related FBI matter.” Eimiller noted that Alway, who previously led the FBI’s office in Mississippi, began his current role on Aug. 29, and that the Girardi investigation “largely predates his time in the Los Angeles Division.”

Donald Alway, a former L.A. County sheriff’s deputy who joined the FBI in 1996, has not directly responded to questions about his and his mother’s relationship to Girardi.

Court records show that Michelle Alway was Girardi’s secretary in the 1970s. Records in Girardi’s second divorce show that that through the mid-1990s, after she stopped working at the firm, she continued receiving hundreds of thousands of dollars from the legal legend.

Girardi purchased the Carmel-by-the-Sea home in 1985, and it was meant to be a residence for Michelle Alway, according to court records. The property was put in the name of another lawyer then at Girardi’s law firm, Richard Crane, according to a lawsuit Girardi later filed against Crane. It was unclear why Girardi involved Crane in the property’s purchase.

Girardi paid more than $131,000 toward the mortgage of her home between 1993 and 1998, according to financial records compiled during the lengthy divorce proceedings.

Records in Monterey County show that Donald Alway currently co-owns the residence with his mother, and the property is valued at more than $1.2 million. Online real estate companies estimate the home is worth close to $3 million.

In the period when Michelle Alway was receiving the money, Girardi had already started to misappropriate his clients’ settlement money for his own purposes, according to court filings by the trustee overseeing the law firm’s bankruptcy case. Girardi’s mass misappropriation continued through 2020, when his law firm imploded and a federal judge in Chicago publicly referred Girardi for criminal investigation, kicking off the FBI’s inquiry.

The timing and duration of the relationship between Michelle Alway and Girardi is unclear, and she could not be reached for comment. The attorney has been married three times, most recently to “Real Housewives of Beverly Hills” star Erika Girardi.

Kimberly Archie, a close friend of the Ruigomez family — who had millions of dollars of settlement money stolen from them by Girardi — and an advocate of other victims of Girardi, expressed frustration in the development.

“He only did it because he got called out,” Archie said. “How many times are the victims going to get burned and feel like nobody’s on their side? Who are we supposed to trust?”

The years-long investigation into Girardi and others affiliated with his law firm has come into further public view in recent weeks. Earlier this month, the first public prosecution was disclosed when federal agents arrested former Girardi & Keese chief financial officer Chris Kamon at an airport in Baltimore. Kamon was charged with wire fraud, and in court, prosecutors described his alleged embezzlement of $10 million from the firm as a “side fraud” on a $100-million fraud scheme carried out by multiple people close to the law firm.