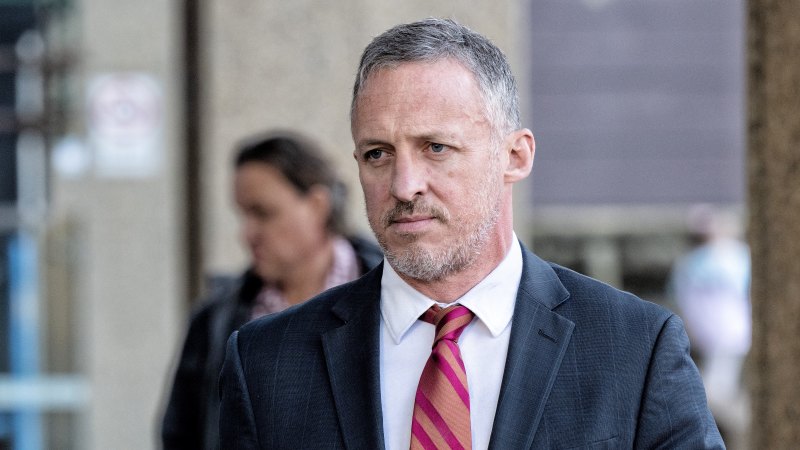 Crown prosecutor Guy Newton had submitted on Monday that while the judges didn’t “have a crystal ball”, Day’s offending was a “flagrant breach of trust” and, on any reasonable assessment, would attract a jail sentence.

He said that the court did not need to be satisfied as a matter of certainty but on the balance of probabilities.

Day’s barrister, Dominic Toomey, SC, had argued there was a “reasonable possibility” of a sentence other than full-time imprisonment. He claimed his client’s matter was “not the ordinary case” of embezzlement in which a person “simply sought to enrich themselves”.

He said the court’s decision should not be determined “divorced from the view arrived at” by Judge Timothy Gartelmann, who oversaw the trial and refused the first application in the District Court.

“The tribunal undoubtedly in the best position to determine whether there will be a sentence of full-time imprisonment is the sentencing judge who has observed the evidence and the narrative unfold in this case over a period of some two months,” Toomey said on Friday.

Day managed Sebastian’s career from 2007 to November 2017, when the pair’s business relationship came to a hostile end, his trial heard.

After the verdicts, Sebastian released a statement of gratitude that the “painful chapter” was over.

“It was not only shocking but also heartbreaking to discover the depth of betrayal and dishonesty,” the singer said. “Titus was more than just my manager, he was one of my closest mates.”

Sebastian is set to headline a community open night at the new Sydney Football Stadium, also known as Allianz Stadium, on August 28.

Our Breaking News Alert will notify you of significant breaking news when it happens. Get it here.