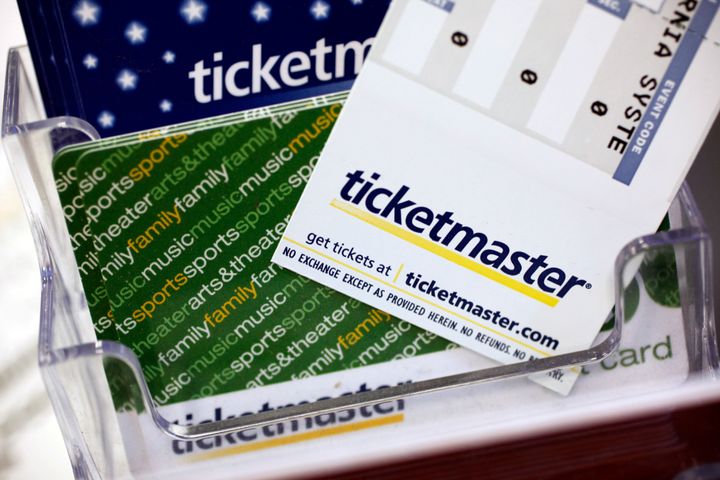 “We want to make sure that there are no issues here that merit legal response,” Attorney General Jonathan Skrmetti said at a press conference Wednesday, citing complaints his office has received. Skrmetti said he has heard from at least one other state that is also interested in the case.

Ticketmaster’s controversial process left many would-be buyers unable to purchase tickets; many who were successful were seen reselling tickets for thousands of dollars apiece.

Likely adding fuel to the fire for Swift fans, Ticketmaster announced Thursday that it would no longer be selling tickets to the general public on Friday as planned, “due to extraordinarily high demands on ticket systems and insufficient remaining ticket inventory to meet that demand.”

Tennessee Attorney General Jonathan Skrmetti is concerned about consumer complaints related to @Ticketmaster’s pre-sale of @taylorswift13 concert tickets. He and his Consumer Protection team will use every available tool to ensure that no consumer protection laws were violated.

Ticketmaster, which was selling tickets to 47 of Swift’s 52 stadium-tour dates, said millions of people flooded its website to purchase pre-sale tickets on Tuesday, creating a “historically unprecedented demand” that crashed its website.

“The staggering number of bot attacks as well as fans who didn’t have invite (presale) codes drove unprecedented traffic on our site, resulting in 3.5 billion total system requests ― 4x our previous peak,” Ticketmaster, which is owned by Live Nation Entertainment, said in a statement Thursday.

Skrmetti suggested that Ticketmaster, the world’s largest ticketing company, wields too much power over the industry and has gotten too comfortable.

“We’re talking about a company with an extremely dominant market share. I’ve heard it may be up to 70% of the concert venue ticket sales,” the attorney general said. “And any time you have that kind of concentration of market share, there’s the risk that the lack of competition will not just drive up prices for consumers, it will also reduce the quality of the product.”

Skrmetti said his office will examine the pre-sale codes given to fans and “exactly what was promised them and whether that was provided.” It will also look into complaints of a lack of customer support, “with people told they need to wait up to five days to get any customer support.”

His office will also examine Ticketmaster’s ability to both sell tickets directly to consumers and facilitate ticket resales.

“If it looks like scalpers have been able to scoop up a lot of these tickets and then resell them through the platform,” he said. “Well, there’s an incentive there for the company to profit twice off the sales of these tickets. And I’m not saying it happened, but we’re going to make absolutely sure it didn’t,” he said.

Skrmetti said his interest in the case relates to the important role the music industry plays in his state’s economy.

Many voiced concern about the lack of competition in the entertainment ticket industry, particularly following Ticketmaster’s controversial 2010 merger with concert promoter Live Nation. The merger went through despite concerns that it could lead to unfettered control over ticket prices.

What is going on with Ticketmaster is an example of why we need strong antitrust enforcement! Monopolies wreak havoc on consumers and our economy. When there is no competition to incentivize better services and fair prices, we all suffer the consequences.

“When Ticketmaster merged with Live Nation in 2010, it was subject to an antitrust consent decree that prohibited it from abusing its market position,” Klobuchar wrote. “Nonetheless, there have been numerous complaints about your company’s compliance with that decree. I am concerned about a pattern of non-compliance with your legal obligations.”

Klobuchar listed a number of questions for Rapino and said she expects a response by Nov. 23.

A Ticketmaster spokesperson, reached by HuffPost for comment Thursday, referred to its earlier online statement and pointed out that some “Eras” tickets were also sold through SeatGeek. Fans reported similar issues with SeatGeek’s website.