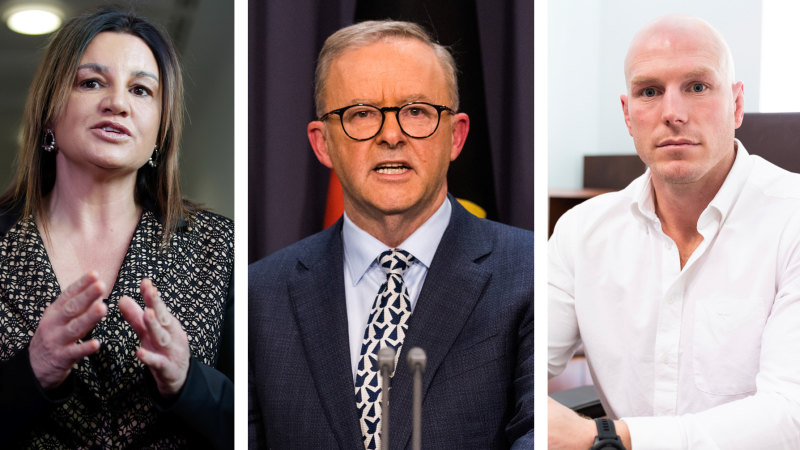 “It wraps up every bit of emissions reduction in a neat package, but that ends up hiding all the details,” she said.

The proposed “carbon impact assessment” could examine the impact of the $8 billion annual diesel fuel rebate given to mining companies on the government’s 43 per cent emissions reduction target. Emissions reduction projects funded by government agencies such as the Clean Energy Finance Corporation may also be scrutinised.

Ministers already have to provide a financial impact assessment when proposing new spending measures. That assessment is included in the explanatory memorandum for legislation, along with statements about the human rights and regulatory implications of new laws.

Lambie said the proposals for reporting progress on cutting emissions did not “force federal politicians to show their hand— show us which policies are working and which are pulling in the wrong direction”.

“I agree with Senator Pocock that a target isn’t worth the paper it’s written on unless there’s some integrity to it.

“In my mind, if the federal government wants to pass a target into law, but it doesn’t want to tell us what it’s doing to get there, then we should worry about their commitment to the target in the first place.”

Pocock also flagged concern about two Australian carbon credit unit methods established in the final days of the previous parliament which, he believes, will create questionable credits and which are currently being reviewed.

The government needs the backing of the Greens plus one further senator to pass any legislation the Coalition opposes, such as the climate bill.

Pocock, a progressive ACT senator, and Lambie and Tyrrell, from Tasmania, are the most likely of the six crossbench senators to back the bill as they have already said they back the target.

Their warning their support can’t be taken for granted comes a day after the Greens confirmed they would vote for the climate bill in both houses of parliament, and as Labor hailed an end to the “climate wars”.

The Greens backed the bill through the lower house even though party leader Adam Bandt condemned the target as “weak” and vowed to switch focus to fighting against new coal and gas projects.

Prime Minister Anthony Albanese said on Friday the harder work of outlining plans to cut emissions and then doing it could now happen.

“You have to have an economy-wide transition here. It will take effort. It’s not easy, but we can do it. And while doing it, we can create economic activity – create jobs, particularly in our regions,” he told ABC Melbourne.

Cut through the noise of federal politics with news, views and expert analysis from Jacqueline Maley. Subscribers can sign up to our weekly Inside Politics newsletter here.