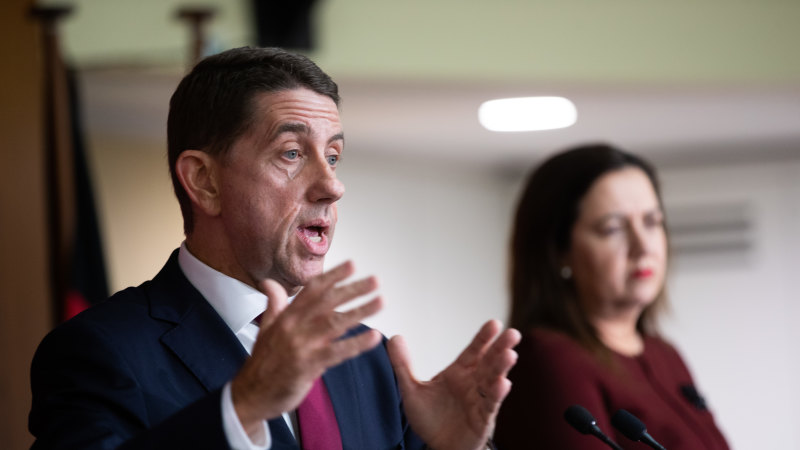 In response, the Queensland Resources Council has launched a public campaign calling for clarity around what costs miners faced and suggested any cost hike would deter foreign investors.

The lobby group has also claimed the move broke a Palaszczuk government re-election promise for no new fees and taxes, something Dick has denied — telling reporters last week the pledge was to “the people of Queensland”, not “big multinational corporations” or their domestic counterparts.

“They’ve made billions and billions of dollars through record high coal prices,” Dick had said of coal companies.

Early lifts in property market activity had already led forecasts of a $1.5 billion boost to taxation revenue in the current financial year, driven largely by transfer duty receipts, even before Brisbane led the nation with its steepest property price jump in 18 years across the year to March.

In a statement last week, QCOSS chief executive Aimee McVeigh said while the government’s funding last year — still half of what was being asked — was welcomed, the number of homes so far in train to be delivered did not get close to addressing demand as rents rise with property prices and more than 50,000 people remain on the social housing register.

“The government have said they will start 727 residences by the end of June, it’s just not enough,” McVeigh said last week.

The state has already announced other moves to boost its bottom line as well. Earlier this month, Dick said the point of consumption tax for wagering companies would rise from 15 per cent to 20 per cent and expand to include free and bonus bets, despite protests from some in the industry.

The Morning Edition newsletter is your guide to the day’s most important and interesting stories, analysis and insights. Sign up here.