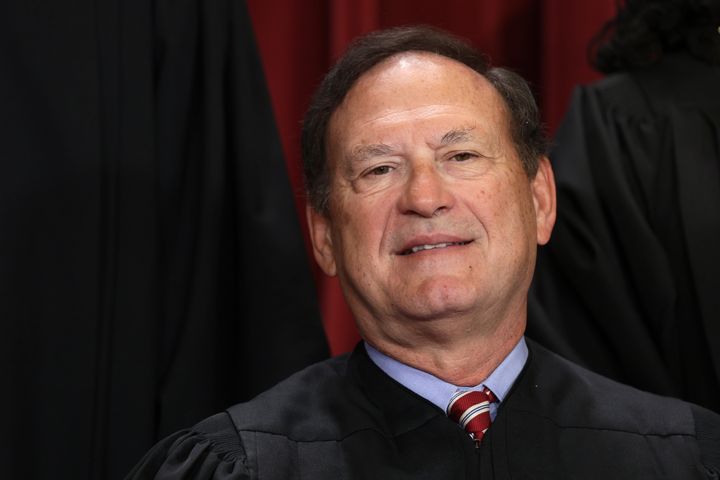 Progressive judicial groups Demand Justice and Take Back The Court called on the Senate to open an investigation into U.S. Supreme Court Justice Samuel Alito and the lobbying campaign targeting the high court after The New York Times alleged he leaked the 2014 Hobby Lobby decision to wealthy evangelicals engaged in an influence campaign targeting conservative justices.

“The Senate Judiciary Committee should immediately move to investigate the apparent leak by Justice Alito,” Brian Fallon, Demand Justice executive director, said in a statement. “The whistleblower in this report, Rev. Rob Schenck, should be called to testify about both the leak and the years-long lobbying effort he once led to cultivate Alito and other Republican justices.”

Fallon continued: “This bombshell report is the latest proof that the Republican justices on the Court are little more than politicians in robes. It’s no wonder trust in the Court has hit a record low. Structural reform of the Court, including strict new ethics rules, is needed now more than ever.”

Sarah Lipton-Lubet, executive director of Take Back The Court, also spoke out, urging Congress to “step up” to investigate the Supreme Court’s reported, “leaking [of] sensitive information to right-wing political allies.”

At least one member of the House Judiciary Committee, outgoing Rep. Mondaire Jones (D-N.Y.), called for an immediate investigation by the committee.

“Today’s well-sourced NY Times article strongly suggests Justice Alito leaked the 2014 opinion in Hobby Lobby and describes a conspiracy by the far-right donor class to influence the Supreme Court Justices,” Jones said in a tweet. “The House Judiciary Committee must investigate this while we still can.”

The New York Times reported on Saturday that Alito disclosed the outcome of the 2014 decision in Hobby Lobby v. Burwell before the decision was announced to an Ohio couple who were part of a campaign led by Schenck, a former conservative evangelical activist, to “stiffen the resolve of the court’s conservatives in taking uncompromising stances that could eventually lead to a reversal of Roe.”

Schenck’s allegation is crucial to understand the more recent and higher profile leak of the court’s decision in Dobbs v. Jackson Women’s Health Organization to Politico in May. Alito authored both the Hobby Lobby and Dobbs decisions.

That disclosure spurred Chief Justice John Roberts to announce an investigation into the leak, but there has been no public statement on the investigation since then. Roberts received a letter from Schenck in July detailing the allegation that Alito leaked the outcome of the Hobby Lobby decision ahead of time at a dinner with Schenck’s Ohio donors, Gayle and Donald Wright, according to the Times.

The Hobby Lobby decision was a critical case for the religious right as it pursued the end of national abortion rights. The court’s 5-4 decision allowed private-held corporations to claim an exemption from the Affordable Care Act’s reproductive health care mandate on the grounds of religious liberty. This advanced the anti-abortion cause and extended the grant of rights under the doctrine of corporate personhood.

Schenck’s revelations to the Times show that his effort to influence the court helped wealthy donors pierce the veil surrounding the least transparent branch of the federal government. He encouraged donors to contribute to the Supreme Court Historical Society to get closer to the justices. The late Justice Antonin Scalia and current Justices Clarence Thomas and Alito became friendly with Schenck’s donors.

The Supreme Court is the only court in the federal judiciary that is not bound by ethics or recusal rules. In recent years, Democrats in Congress have sought to enact legislation requiring the court to either abide by the ethics and recusal rules that cover the rest of the federal judicial branch or write new binding rules for themselves.