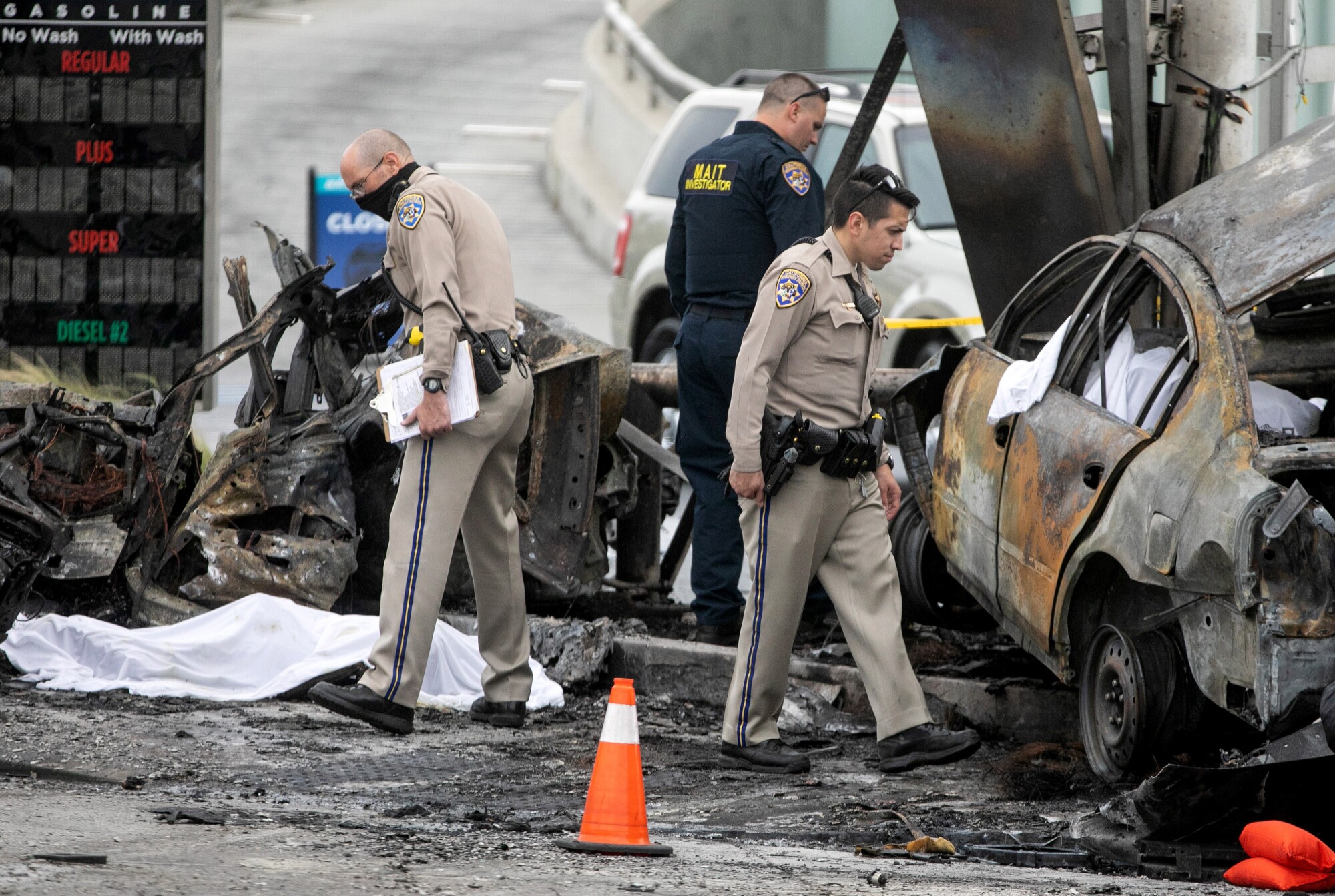 A registered nurse has been arrested and will be booked on vehicular manslaughter charges in the fiery Windsor Hills crash that killed five people, including a pregnant woman, law enforcement sources confirmed to The Times on Friday.

Nicole Linton, a nurse who is registered to practice in California and Texas, was identified as the driver of the Mercedes-Benz that hurtled down La Brea Ave toward Slauson Avenue between 80 and 100 miles per hour at the time of the crash Thursday afternoon, sources said. She is currently in the hospital and is cooperating with California Highway Patrol investigators.

Authorities are checking Linton’s bloodwork to determine if she was under the influence, according to two law enforcement sources.