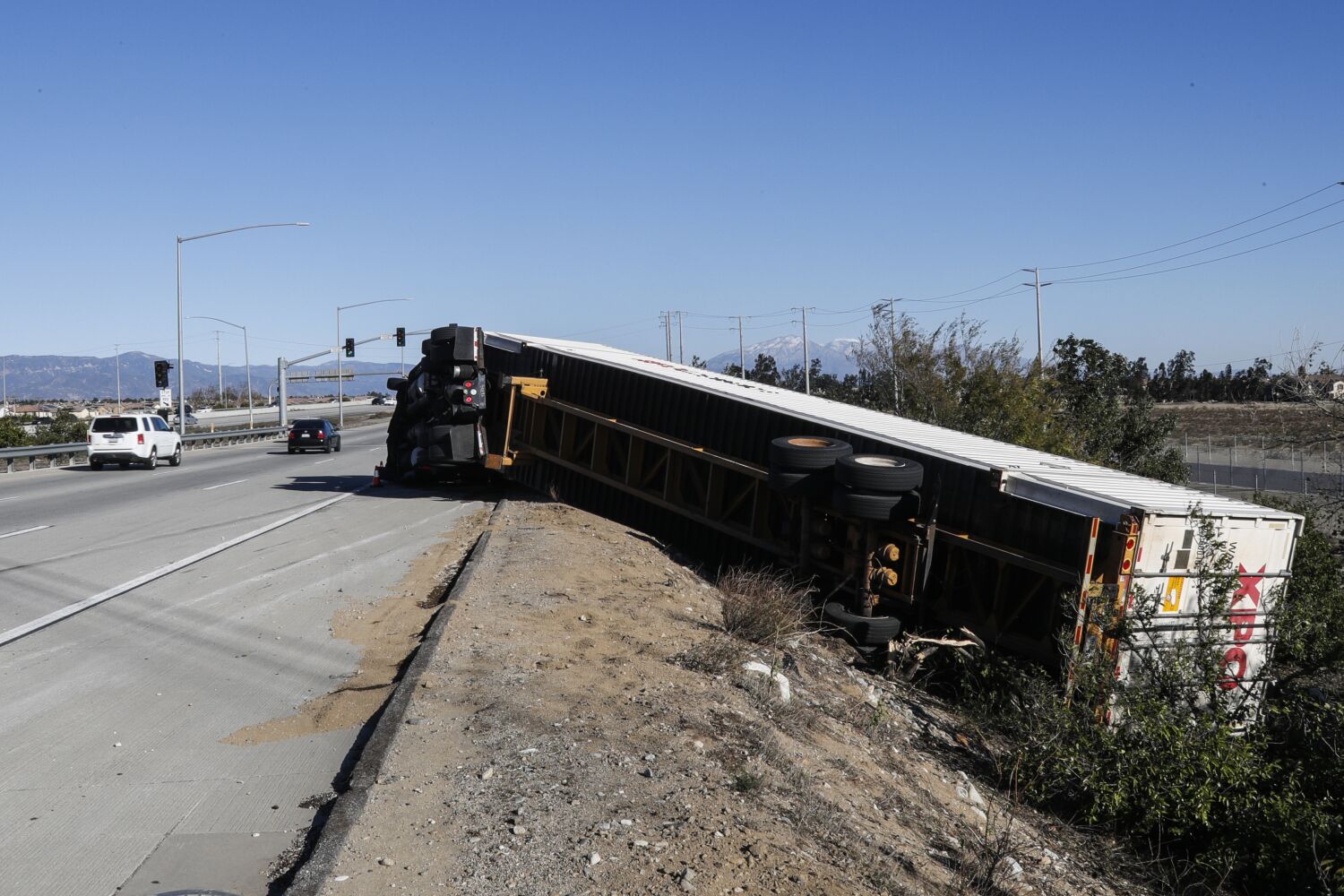 Another Santa Ana wind event is expected to batter Los Angeles and Ventura counties Friday evening into Saturday, and combined with low relative humidity, could bring extreme wildfire risk to the region.

Santa Anas, easterly winds that develop because of high pressure over the Great Basin, such as the Nevada and Utah area, typically come in from the northeast and pass over the mountain slopes into the Los Angeles area, according to the National Weather Service.

A high wind warning has been issued by the weather service from 10 p.m. Friday until 3 p.m. Saturday for the L.A. County mountains, where winds are expected to reach 35 to 45 mph, with gusts up to 70 mph. The winds have the potential to blow down large objects, such as power lines and trees, and trigger power outages. The event is expected to peak Saturday morning, with strong winds lingering into Sunday.

Winds are expected to reach 30 to 40 mph, with gusts up to 60 mph in the Santa Clarita Valley, while the San Fernando Valley and the eastern valleys of Ventura County could see wind speeds in the 20 to 35 mph range, with gusts up to 55 mph.

The strong winds will mark the second Santa Ana event this week, after gusts toppled semi-trucks, damaged electrical equipment and ignited a blaze in a Fontana pallet yard Wednesday.

Weather Service meteorologist David Sweet said that wind speeds over the weekend will be around 5 to 10 mph less than Wednesday’s event.

“It’ll be pretty strong,” he said. “Just not as strong as Wednesday was.”

Southern California Edison also warned about the possibility that the utility may resort to power shutoffs for about 16,500 residents in L.A. and Ventura counties from Friday night through Saturday due to elevated fire risk during the wind event. As of Friday afternoon, no customers were without power because of planned shutoffs.

Despite the record-breaking rainstorm last week, fuel moistures are still low due to California’s multiyear drought, according to Sweet.

“Usually when we’re talking about just one storm interrupting a fairly long-term drought condition, that rainfall will provide just temporary relief,” he said. “We’ve now had one strong Santa Ana event on Wednesday. The fuels are starting to dry out again and there is some concern for the rapid spread of wildfire given the current fuel moistures.”

Sweet recommended that families review their evacuation plans and prepare in the case of a wildfire. He also warned residents to stay away from ignition sources and to notify fire officials if they see smoking rising or a fire on a hillside.