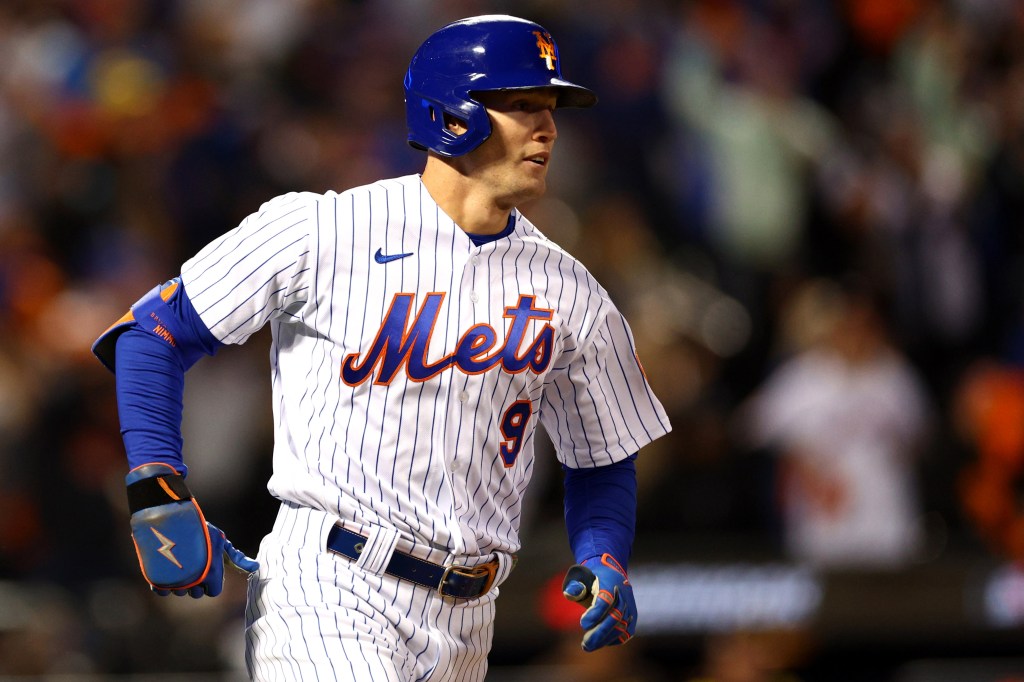 There could be some Mets fallout from Wednesday’s surprise trade between the Blue Jays and Mariners.

Toronto dealt former All-Star outfielder Teoscar Hernandez to Seattle for righty reliever Erik Swanson and lefty pitcher Adam Macko. The move frees the Blue Jays up to go after the lefty-swinging outfielder they are prioritizing this offseason.

MLB Network reported in the aftermath of the trade the Blue Jays are showing interest in Nimmo, who is a free agent. Blue Jays GM Ross Atkins did not specifically mention Nimmo in a media call after the trade, but was asked about the possibility of adding a free agent outfielder.

“We’re in a better position to do so now from a resource and from a playing time and recruitment standpoint,” Atkins said, according to SportsNet.

Nimmo is one of the Mets’ top priorities to re-sign this offseason, but they will face plenty of competition for the 29-year-old’s services. Nimmo’s agent, Scott Boras, said at the GM Meetings that a “majority” of teams had checked in on the center fielder.

“You are looking at a guy that there are no center fielders in our game that are available,” Boras said. “And then you add leadoff to that and then you add … on-base percentage to that, and he’s an excellent defender and then also he can play in New York. When you have those elements that are there, he becomes a very integral part of what we found for a team to win 100 games. He’s a very proven commodity and there are very few that can replace him.”