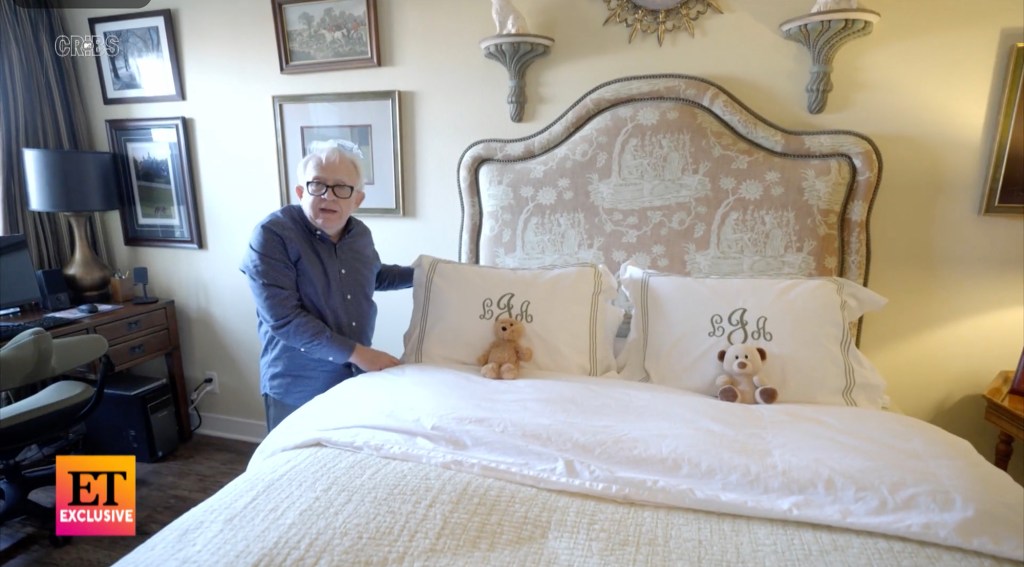 Prior to his untimely death last month, the 67-year-old actor allowed cameras into his home for a sweet suite peek for an episode of MTV’s rebooted hit series “Cribs.”

The episode has yet to air in its entirety, but in a clip shared by “Entertainment Tonight,” the “Will and Grace” star shows off some monogrammed pillows in a bedroom.

“In the south, everything’s monogrammed,” the witty Tennessee native joked. “Honey, my underpants are monogrammed.”

Next, Jordan headed over to a display of pictures that captured his days racing horses — a disclosure that may be unexpected for many fans.

“A lot of people don’t know this, but when I was 19 years old I decided I wanted to be a jockey with thoroughbred racehorses … I grew a mustache. I wasn’t really completely out,” the since-openly gay actor pointed to himself.

“I didn’t want everyone around the racetrack to know that I was gay. Hello — like I can hide that!” he explained with a laugh.

The funny man also made a posthumous appearance on HGTV’s “Celebrity IOU” on Monday alongside Drew and Jonathan Scott, also known as the Property Brothers.

Jordan decided to surprise his friends of 40 years, Rosemary and Newell Alexander, who helped him overcome addiction issues when he first moved to Los Angeles, with a lavish home remodel.

“I had some struggles with alcohol, a little drug use,” Jordan explained to the brothers as they drove to the house, per Yahoo Entertainment.

“I’m 25 years clean and sober, but they were instrumental in that too because they never judged me. They were always so supportive,” he added.

“They said pick somebody in your past who helped you and pulled you through some hard times — I’m gonna cry — and so we’re gonna redo things,” Jordan told the couple when he arrived at their home. “We go so far back. They’re family.”

Jordan died on Oct. 24 when he crashed his BMW into a Los Angeles building. He is believed to have suffered a heart attack.

He reportedly complained of shortness of breath in the weeks before his death, so much so that he made a doctor’s appointment he didn’t get a chance to keep.