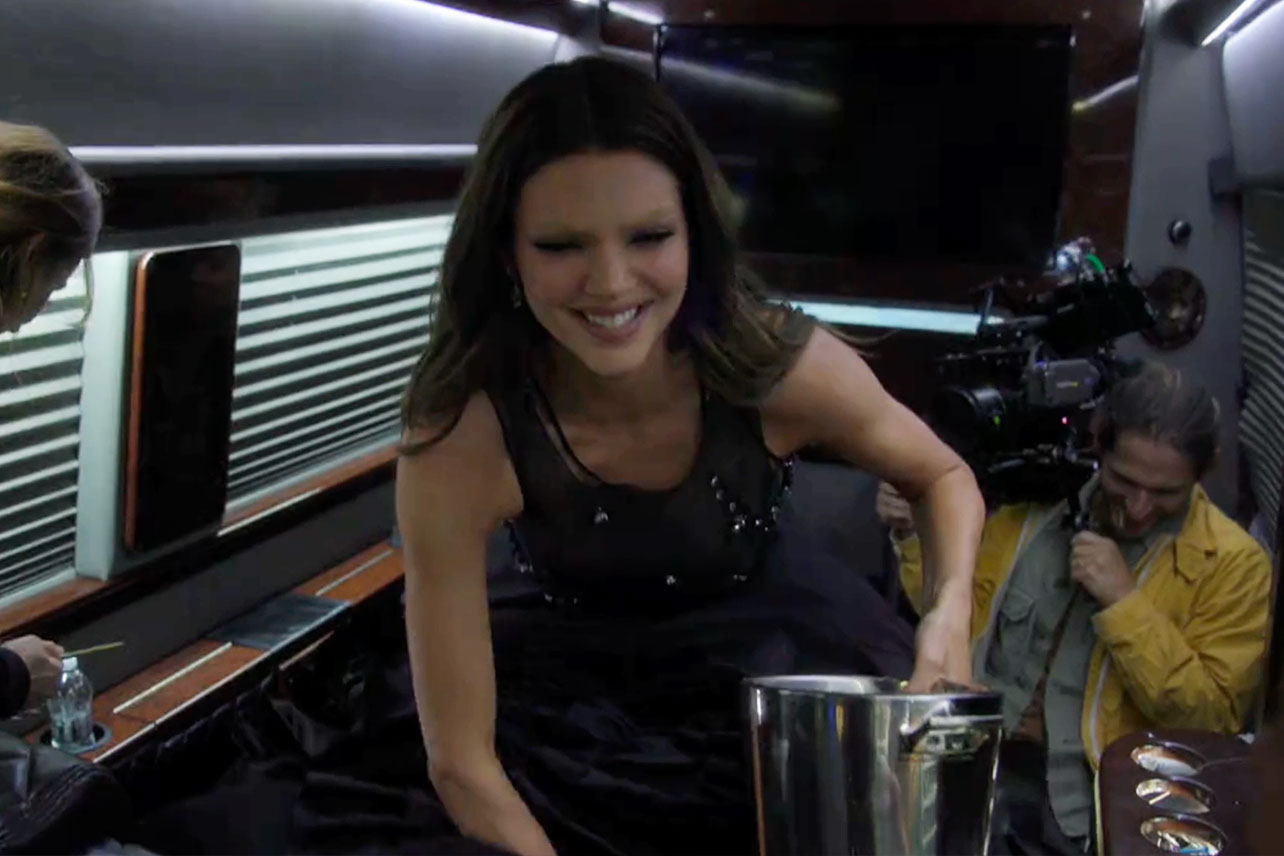 Prada, she’s sorry! While we all saw the glitz and the glam of Kendall Jenner arriving at the Met Gala in a radiant black gown, it wasn’t all so fabulous behind the scenes as the model had to pee in an ice bucket on her way to the event.

With her dress being “so big and so heavy,” Kendall told her entourage that she was having a panic attack the moment she entered the sprinter van that was taking her to the red carpet in the latest episode of The Kardashians. In her confessional, she said, “On top of being completely out of breath, thinking I’m missing the carpet, I think I just, like, started to panic and honestly just needed air.” Or, maybe she just needed to pee.

When the reality star, who has been open about her anxiety in the past, told her crew that she had to go, someone immediately pointed out that they were still in possession of an ice bucket. So as Kendall repeatedly told cameras that this is “so mortifying” and apologized to “whoever has to deal with my pee later,” she popped a squat in her gown and relieved herself.

“Prada, I’m so sorry!” she yelled out from the sprinter van. However, she revealed that she didn’t regret a thing as she later said, “Best decision I ever made. Because I don’t know what I would’ve done once I got inside.”

And that’s not even the best part.

Once Kendall stood up, she quickly realized that she had gotten a little bit on her foot. After coming to terms with the condition she’d be walking the red carpet in, she finally told her team, “That’s a fun story that there’s pee on my foot.”

If this revelation marks Kendall Jenner’s final invite to the Met Gala, let’s just note that while she may not be the most controversial of the Kar-Jenner clan and she may not appear in the show as much as we would like, she most definitely makes a splash whenever she does — literally. And if you need any further proof, let us refer you back to cucumber-gate in the Hulu show’s first season.

The Kardashians airs new episodes every Thursday on Hulu.