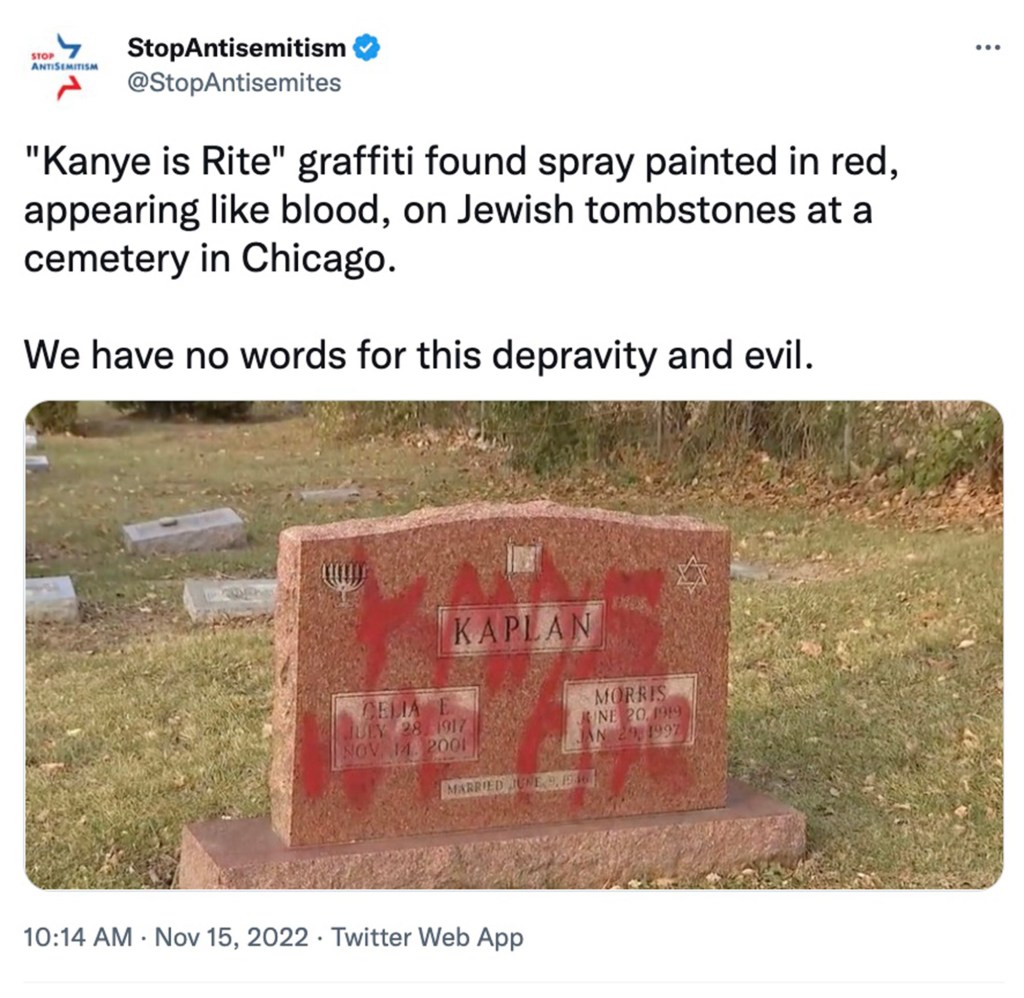 Dozens of headstones at a Jewish cemetery in suburban Chicago have been vandalized with anti-Semitic hate, including Swastikas — and praise of disgraced local rapper Kanye West.

Police in Waukegan said that 39 stones were defaced with bright red spray paint early Monday at Am Echod Jewish Cemetery.

That included 16 Swastikas and at least one covered in the misspelled message: “Kanye was rite.”

“We have no words for this depravity and evil,” watchdog StopAntisemitism said alongside a photo of the Ye stone.

It is not the first time that Ye’s public outbursts — which saw him doubling down and repeatedly justifying his tired tropers — have been blamed for a rise in anti-Semitic hate.

“It must be investigated as a hate crime,” his ADL Midwest branch also tweeted, saying it was “disgusted.”

“The desecration of these stones is reprehensible [and] we all must speak out in the face of this attack.”

Waukegan Mayor Ann Taylor also said she was “deeply disturbed and angered by the hateful imagery.”

“Hate does not have a home in Waukegan,” she insisted.

Illinois Governor JB Pritzker said he stood with the mayor in “condemning this evil act, and offer the state’s full support in the pursuit of justice.”