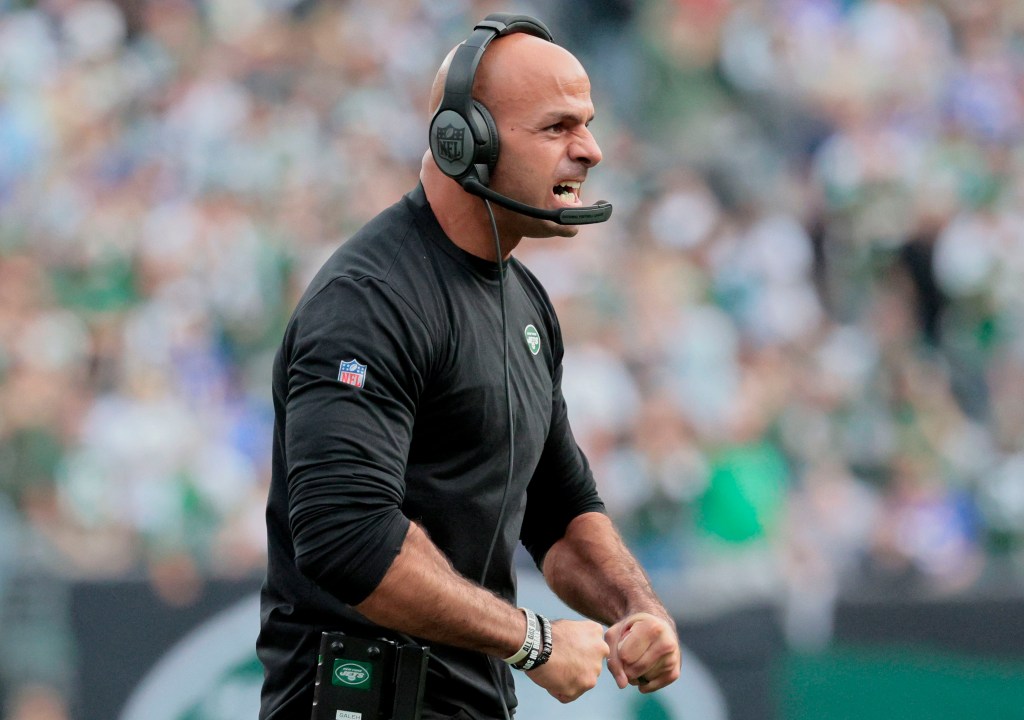 All Jets fans know the history between their team and the Patriots. They all know about the 13-game losing streak and Bill Belichick’s dominance against them. But Jets head coach Robert Saleh said none of that stuff matters to his team.

As the Jets prepare for their Sunday showdown at New England, Saleh said this is just another game, or as he likes to say, “another championship opportunity.”

The Jets have a chance to move into first place in the AFC East with a win, which several players mentioned in the locker room.

Saleh continued his defense of QB Zach Wilson. He was asked how coaches balance the good plays against the bad plays Wilson has made this season.

“There’s a saying that you treat both negative and positive the same,” Saleh said. “There’s teachable moments in everything that happens, whether it’s good or bad. Even through the positive plays, there’s a lot of things that can be taught to make it better. Through the negative plays, there are things that can be taught, so that we don’t have those negative plays repeat themselves. So, the balance, there is no balance.

“You just attack all of it exactly the same, but from a narrative standpoint, to try to attack a young man for four or five plays that are four or five teachable moments in my mind. I think we’re missing the big picture on it. That’s all.”

The Jets worked out guard Laurent Duvernay-Tardif on Wednesday. Duvernay-Tardif was with the team in 2021, but spent this year doing a medical residency in Montreal. He now is ready to return to football. The Jets, who are thin at guard right now, could sign him to the practice squad.

“You guys know Joe [Douglas, GM] if he could have 53 O-linemen on the team, he would,” Saleh said jokingly.

DT Sheldon Rankins (elbow), WR Corey Davis (knee) and G Nate Herbig (shin) did not practice on Wednesday. Saleh said he was not worried about Herbig’s availability for Sunday. Davis is day-to-day. Rankins has been ruled out.