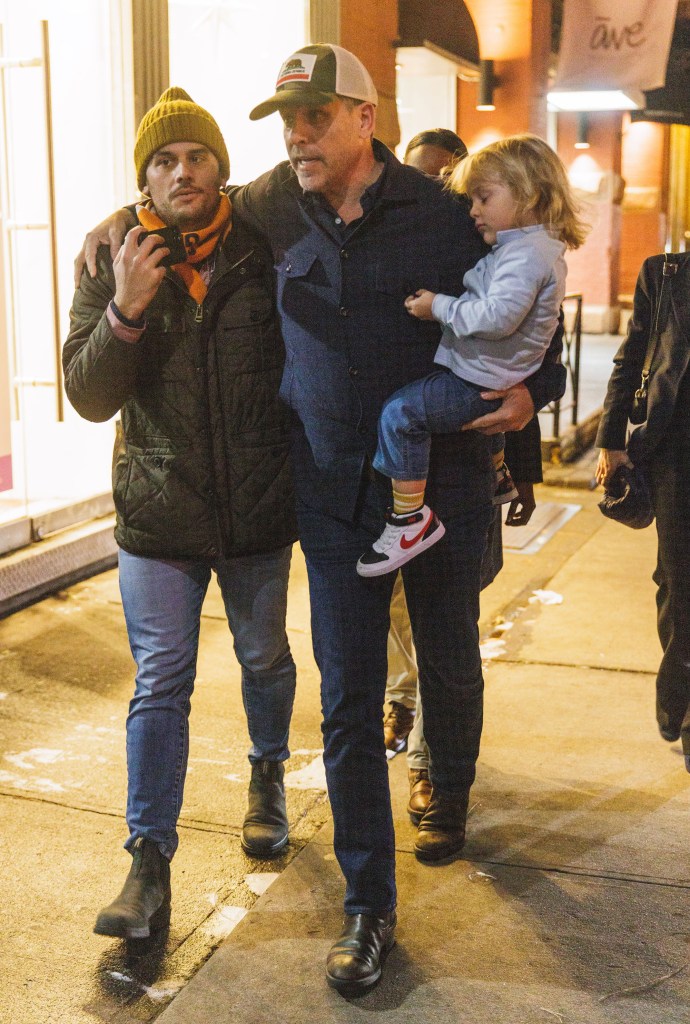 Hunter Biden was feeling smug as he cozied up to The Post at a Manhattan gallery Thursday night and showed off his pricey artwork.

The scandal-scarred first son threw an arm around a Post reporter outside Georges Berges Gallery in Soho and invited him inside to an exclusive friends and family event ahead of Friday’s opening show featuring his newest paintings.

“Hey buddy, what’s your name? Who are you with?” the president’s son asked the reporter.

The reporter identified himself as a journalist with The Post and the first-son-turned-painter gave him a friendly invite.

“Why don’t you come inside the gallery at 6 and take a look without your phone out?” Biden asked as he threw his arm over the reporter’s shoulder and walked him to the door.

Biden, 52, deflected when asked how much money his father, President Biden, made from his business deals with China and Ukraine.

Biden declined to describe his pieces to The Post and instead inquired about the reporter and shook his hand — asking him to remember that he has a family when the paper writes about the first son.

His past art has ranged in price from $75,000 for works on paper to half a million bucks for his large paintings, his art dealer Berges previously said.

Biden’s art career has elicited concerns in the past as ethics experts warned that the sales are vulnerable to issues involving people seeking to influence President Biden’s administration.

Art critics, however, have praised Biden’s work, though some said the pieces wouldn’t bring in the same price tag if it weren’t for the name attached to them.

His turn toward visual arts comes after he was marred by allegedly corrupt dealings with countries like China and Ukraine as well as a drug addiction scandal.

Documents leaked from Biden’s laptop suggested his father was due a 10% cut from a business deal involving a Chinese state-linked energy company that reportedly paid Joe’s brother James Biden $4.8 million in 2017 and 2018.

President Biden has denied even discussing his son’s business dealings and said he never took any payouts from them — despite reports that he has interacted with his family’s associates from China, Kazakhstan, Mexico, Russia and Ukraine.