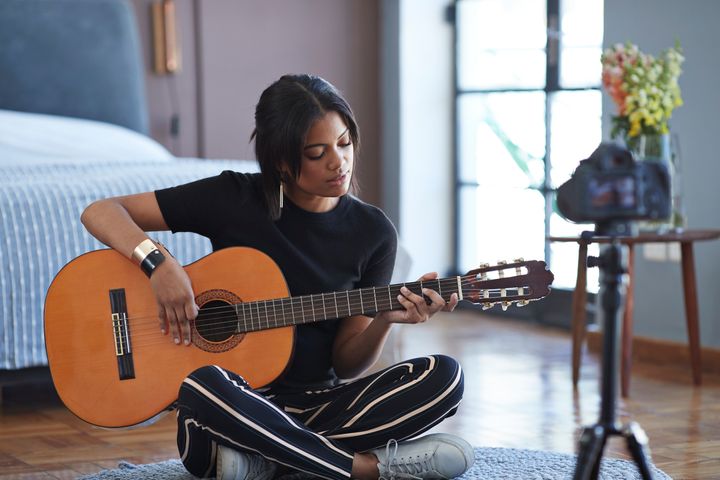 Cold winter days and long winter nights mean many folks are probably hoping to boost their happiness levels naturally, and one way to do so is through the release of endorphins, which have a host of mood-boosting benefits.

Endorphins are natural hormones in your body that give you the classic “runner’s high” feeling, said Dr. Elizabeth C. Gardner, orthopedics sports medicine surgeon at Yale Medicine. “They block out pain, they block stress.”

She added that studies even show they decrease symptoms of depression and anxiety and help you feel more optimistic and satisfied. In other words, what’s not to love about endorphins?

We all know that exercise results in the release of endorphins — particularly high-intensity interval training, ongoing moderate exercise, group fitness classes and running — but other activities can boost your endorphin levels, too.

Here, experts share how to boost your happy hormones without lacing up your running shoes.

Both massage and acupuncture have been shown to stimulate the release of endorphins, particularly when specific trigger points are targeted, Gardner said.

When pain trigger points are hit, that “induces the pain sensation [and] can lead to the release of endorphins,” she said, because “endorphins are your natural pain reliever.”

Those endorphins then lead to a sense of relaxation during and after a massage or acupuncture.

“There’ve been some studies that have shown that consistent meditation can help to release endorphins,” Gardner said, but the exact reason for why that happens is unknown.

“There’s a little bit of a cause-and-effect quandary here, but consistent meditations seem to [cause] higher levels of endorphins,” she said.

Studies also show that meditation can be an effective tool for stress management and that people who meditate have higher levels of serotonin — a natural chemical the body makes that helps improve mood.

In other words, if you practice consistent meditation, you’re likely to feel some mood-boosting effects.

The burst of laughter that happens during a funny TV show or when cracking jokes with friends may actually have more benefits than you think.

According to Sharon Collison, a registered dietitian and instructor of clinical nutrition at the University of Delaware, many studies have shown that “laughter physiologically stimulates the production of beta-endorphins.”

“Being outside on a nice day has relaxing feelings associated with it,” Gardner said. “And part of it is that the UV light helps to stimulate the release of beta-endorphins.”

Additionally, the brain releases serotonin when the body is exposed to sunlight, adding to the increase in happy hormones.

Sex is quoted a lot as a way to increase endorphins, Gardner noted. This could be due to the physical nature of the act and the exercise that comes with it, since exercise is an endorphin booster, too.

What’s more, studies also show that having sex can reduce levels of cortisol, which is the body’s stress hormone.

Yoga is technically working out, but it’s probably not an exercise you associate with the release of endorphins, which is usually thought to go with long-distance runs and intense spin classes.

But that notion is wrong. According to Collison, yoga also boosts your endorphins along with other feel-good hormones and lowers cortisol levels.

Playing music is another known way to release endorphins, Gardner said. In fact, a 2012 study measured pain tolerance (since endorphins are a pain reliever) in performers and found that singing, dancing and drumming all trigger endorphin release.

So, even if listening to music doesn’t result in an endorphin release, it does result in the release of another happy hormone — and when it comes down to it, you won’t even know the difference; you’ll just know you feel a little better.

As for food, experts have differing opinions.

While many people assume spicy foods and dark chocolate can cause a release of endorphins, Collison isn’t so sure.

She noted that some studies vaguely mention that food can boost endorphin levels but don’t go into detail regarding how they do so or even what foods are best for an endorphin boost.

“To date, there [are] no randomized controlled trials that show evidence of food increasing endorphins in the body,” Collison said. So, at this point, it’s probably best to get your endorphin boost elsewhere.