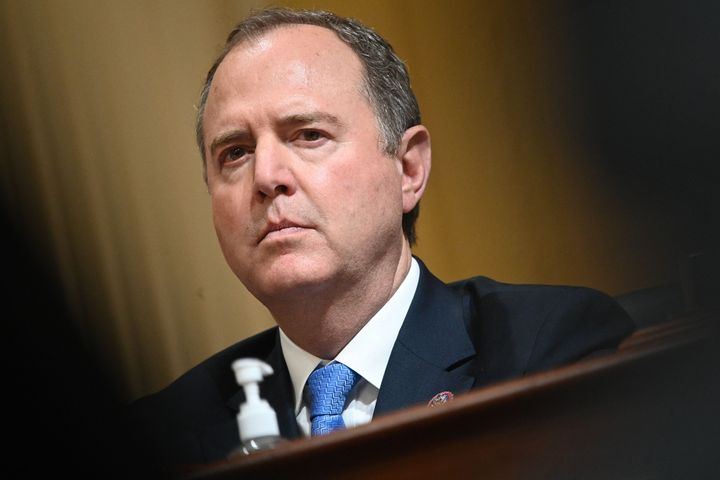 WASHINGTON — State election officials faced severe pressure to help former President Donald Trump overturn the result of the 2020 presidential election, according to a Tuesday presentation by the House Jan. 6 committee.

Rep. Adam Schiff (D-Calif.), a committee member and former federal prosecutor, said in an opening statement that when officials resisted Trump’s entreaties to stop counting ballots or to certify him as the winner even though he’d lost, the pressure only mounted.

“This pressure campaign brought angry phone calls and texts, armed protests, intimidation, and, all too often, threats of violence and death,” Schiff said in prepared remarks shared by his office.

“State legislators were singled out. So, too, were statewide elections officials,” Schiff said. “Even local elections workers, diligently doing their jobs, were accused of being criminals, and had their lives turned upside down.”

The bipartisan committee has been investigating the Jan. 6, 2021, Capitol riot for nearly a year. In a series of hearings that started earlier this month, the committee has portrayed the attack on the Capitol as the culmination of a Trump-led conspiracy that his own advisers told him had no legal justification.

Last week, the committee detailed Trump’s pressure campaign against his own vice president, Mike Pence. Trump spurred on the mob in an effort to intimidate Pence into throwing out Joe Biden’s election victory; the hearing revealed that a federal law enforcement source believed an extremist group involved in the riot “would have killed Mike Pence if given the chance.”

Bowers came under intense pressure from Trump and his lawyer Rudy Giuliani to overturn Trump’s loss in Arizona. He survived targeted harassment and threats from Trump’s followers, as well as a recall attempt. In January 2022, he blocked a GOP bill that would have let the legislature overturn election results. The John F. Kennedy Presidential Library honored him recently with a Profile in Courage Award.

Raffensperger and Georgia chief elections officer Gabriel Sterling will testify about Trump’s efforts to coerce them into overturning his loss in their state. Both have already testified before a grand jury in Atlanta’s Fulton County, where prosecutors are investigating Trump and his inner circle based on his phone call to Raffensperger that the secretary of state recorded and that was later released to The Washington Post.

Trump tried to end Raffensperger’s political career by recruiting Georgia Republican Congressman Jody Hice to run against him in last month’s primary, but Raffensperger managed to win with a clear majority anyway, thereby avoiding a runoff, and is now almost certain to win a second term in November.

The second part of Tuesday’s hearing features Wandrea ArShaye “Shaye” Moss, a former Fulton County election worker whom Trump followers inundated with harassment, including threats of lynching, after conspiracy theorists falsely claimed she and a colleague had engaged in voter fraud to hurt Trump in Georgia. She also received a Profile in Courage Award for her work.

Aides also said testimony will show that Trump was told his attempts to coerce state officials into overturning the election for him could lead to violence, but that he continued anyway.

“My phone call to the Georgia Secretary of State, with many other people, including numerous lawyers, knowingly on the line, was absolutely PERFECT and appropriate. YES, it was a PERFECT CALL,” he wrote in a post on his own Twitter-like social media platform, Truth Social, on Sunday morning.