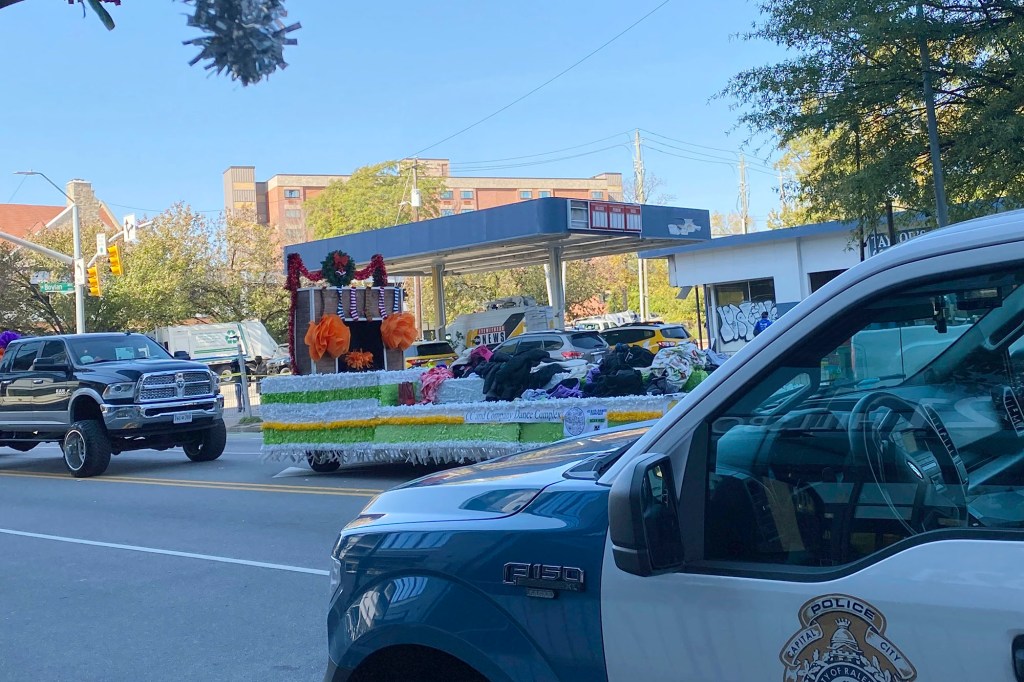 A young girl performing in a North Carolina Christmas parade died after a driver lost control of a vehicle towing a float in the procession and hit her.

A GMC Denali had been pulling a float for the CC & Co. Dance in the Raleigh Christmas Parade when the driver began shouting he had lost control of the vehicle, ABC11 reported.

The driver hit the girl at a slow speed, but despite life-saving efforts, she later died the station reported. No other participants were injured.

“They were trying to get us all out of the way,” dancer Cheyenne Hamilton, 17, told The News & Observer. “But unfortunately, one of the dancers was not able to get out of the way. They pulled (the dancer) out right in front of us.”

The driver is facing charges of misdemeanor death by motor vehicle, careless and reckless driving, improper equipment, unsafe movement and carrying a firearm in a parade, ACB11 reported.

“Our hearts are heavy as we mourn the loss of the young girl who lost her life today at the Raleigh Christmas Parade,” Raleigh mayor Mary-Ann Baldwin said. “Our prayers are with her family, friends and the dancers from CC & Co. The community is here for you as we try to understand and process this shared tragedy.”

Video from ABC11 shows police officers, parade staff and crowd members attendees chasing after the truck, eventually bringing it to a halt by hand.