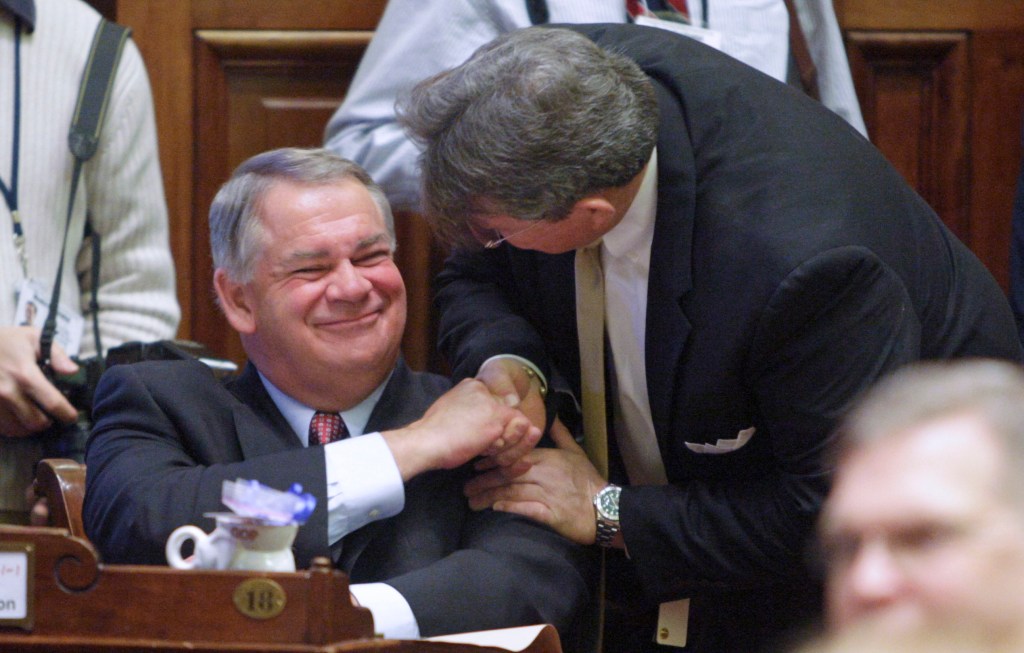 ATLANTA — Georgia House Speaker David Ralston died Wednesday at 68, spokesperson Kaleb McMichen said, less than two weeks after he announced he was stepping down because of health concerns.

A statement issued by McMichen said only that Ralston had died after “an extended illness.” The Blue Ridge Republican became Georgia state government’s second most powerful leader during his 13 years leading the 180-member House.

“A great pine tree has fallen in the Georgia House of Representatives,” said Democrat Calvin Smyre of Columbus, the longest-serving member of the House and a friend of Ralston.

Republican Gov. Brian Kemp ordered flags flown at half-staff until Ralston is buried and said his body will lie in repose at the Georgia Capitol.

“Our state lost one of its true giants,” Kemp said in a statement.

A lawyer from the north Georgia mountains, Ralston had said he hoped to continue as a member of the House even after stepping down as speaker after 13 years.

Until the current legislative term ends in January, House Speaker Pro Tem Jan Jones, a Milton Republican, will become speaker, as called for by the state constitution. She will be the first female speaker in Georgia history. Republicans on Monday nominated Jon Burns of Newington to replace Ralston when the newly elected General Assembly convenes Jan. 9, an effort at continuity supported by Ralston’s closest allies.

“David Ralston spent his career in public service trying to lift others up and move our state forward,” Jones said in a statement. “He knew the awesome power of bringing people together — reasoning together — and finding common ground. Regardless of political ideology, he treated everyone with respect and was a model of civility.”

Ralston is survived by his wife, Sheree, and two adult children. Funeral arrangements will be announced later.

As the paramount leader of the House, Ralston shaped taxes, spending and laws.

In one example, he muscled through changes this year to how mental health benefits are provided by private insurers and how the state provides mental health services. He could also put bills in the garbage can, stopping a state takeover of Hartsfield-Jackson Atlanta International Airport in 2019.

Ralston was first elected to the Georgia Senate in 1992 when Democrats were in the majority, serving six years. He lost a race for attorney general to Democrat Thurbert Baker in 1998 before being elected to the House in 2002.

The longest-serving state house speaker in the United States at the time of his death, Ralston was cut from the mold of Tom Murphy, the west Georgia Democrat who commanded the House from 1973 to 2003. Ralston took office after a chaotic period when the first Republican speaker in more than 130 years, Glenn Richardson, resigned following a suicide attempt and revelations of an extramarital affair with a lobbyist. Ralston had lost a speaker’s bid against Richardson in 2008.

Ralston survived a challenge to his power after The Atlanta Journal-Constitution revealed he had used his position as lawmaker to delay court proceedings for people he was representing in court. Most of the hard-core conservatives who rebelled left the House after failing to unseat Ralston, with the speaker engineering the defeat of some.

Ralston shepherded a wide range of Republican priorities and was always ready to cut taxes, boasting of a state income tax cut passed this year that could ultimately total $2 billion. He also championed rural development.

A guardian of the powers of the legislative branch, Ralston initially clashed with Kemp before settling into a close working relationship. He was an enthusiastic lover of legislative give-and-take, often besting the Senate in negotiations, frequently roasting critics with a quip from the speaker’s dais and relishing interplay with reporters.