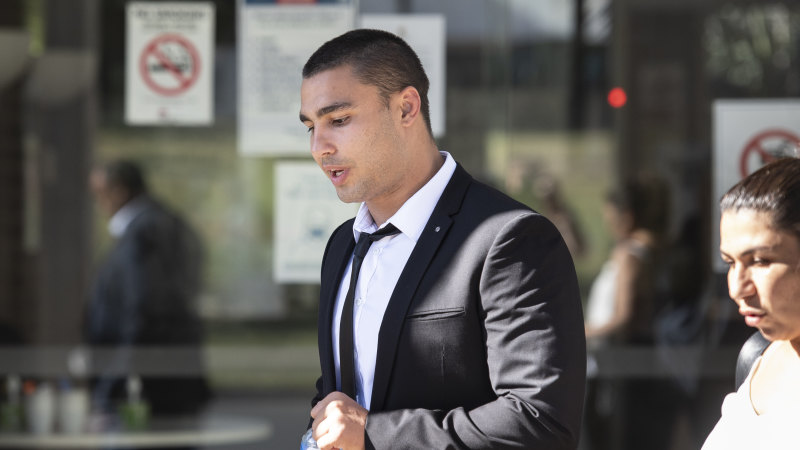 Former NRL hooker Michael Lichaa has been cleared of a domestic violence assault charge against his former partner in a Sydney home but was found guilty of damaging property.

Magistrate Melissa Humphreys on Friday in the Sutherland Local Court found him not guilty of two charges of assaulting his ex-girlfriend Kara Childerhouse, and of stalking or intimidating her.

He pleaded guilty to damaging property and was sentenced to a conditional release order of two years.

Lichaa, who played for the Canterbury-Bankstown Bulldogs until being released at the end of the 2019 NRL season, was accused of the assault at a Connells Point home in February last year.

Former teammate Adam Elliott, who now plays for the Canberra Raiders, was also involved but was not charged over the incident.

Following the alleged incident, Lichaa suffered serious injuries to his arms and was taken to a Sydney hospital for surgery.