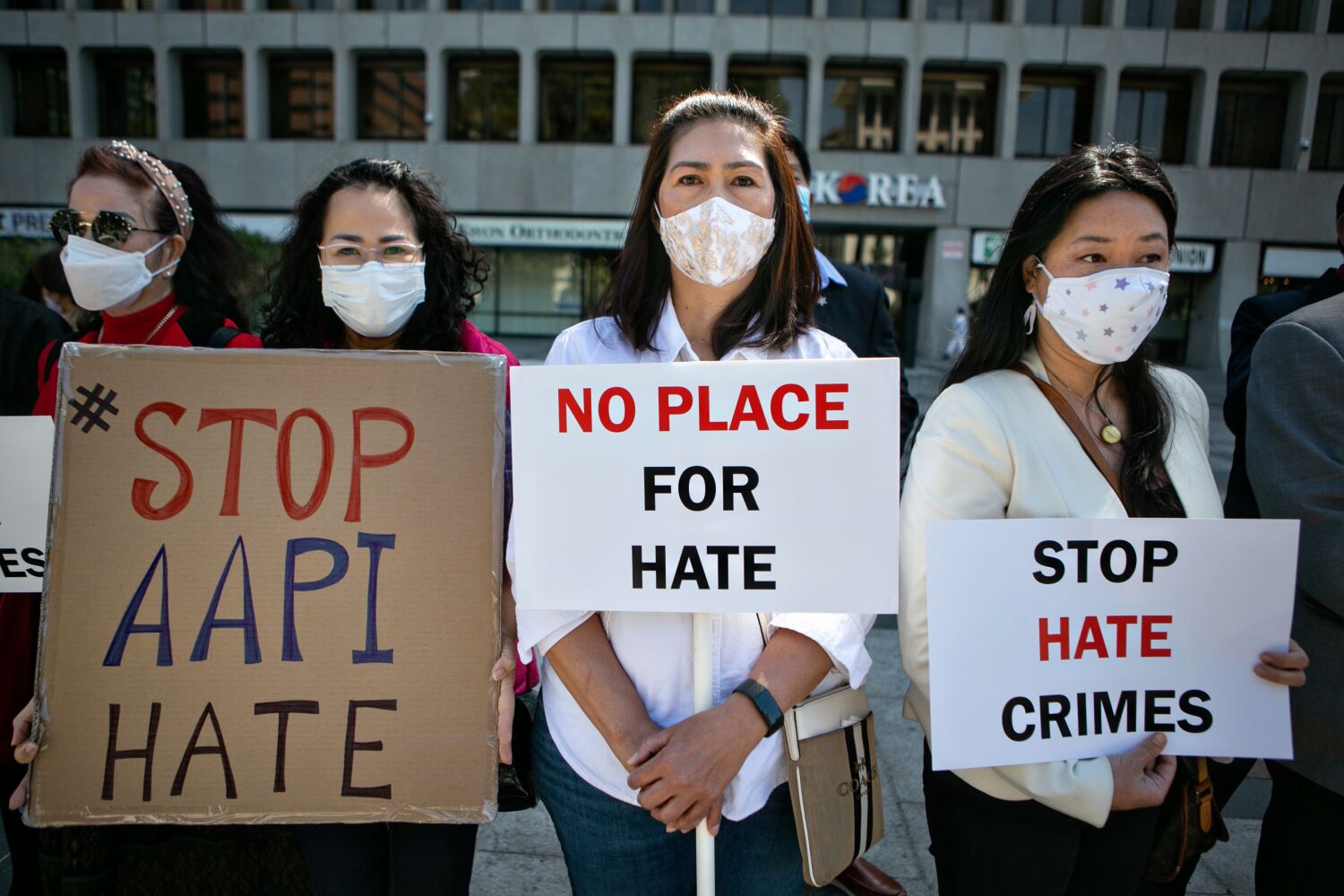 How do you stop hate crimes? How do you even know where to begin?

California is taking a nation-leading step to answer those questions with two new state-sponsored and -funded efforts. The Commission on the State of Hate seeks to understand why hate crimes are rising and how to combat them. The Governor’s Council on Holocaust and Genocide Education examines how to inoculate California schoolkids against the misinformation and propaganda that kindle animosity.

I’m not a big one for committees when it comes to solving problems. But these are different, both because of the people on them (a no-nonsense group known for getting results) and their strategic mission to come up with solutions that can be implemented in law enforcement, classrooms and every place where hate’s toehold plagues the Golden State.

As hate commission member and transgender activist Bamby Salcedo put it, “It’s important for all of us to wake up and to understand that hate is real and hate is happening in front of our eyes. It really is up to all of us to ensure, and really think about, do we contribute to the hate that people are experiencing or do we believe in humanity and the good of humanity?”

Silence is violence, and it’s good that California, as one of the most powerful states in the union, is choosing to use its voice when the cacophony of attacks from the far right feel deafening and effective.

We’ve all seen the news stories about hate crimes or the targeting of vulnerable communities — most recently and tragically the mass shooting at an LGBTQ club in Colorado. But those events don’t give the full picture of just how much people are turning toward violence based on race, religion or gender identity, even in California, where we pride ourselves on tolerance.

Brian Levin, director of the Center for the Study of Hate and Extremism at Cal State San Bernardino and another hate commission member, has spent a lifetime tracking those numbers. What he sees is alarming.

Anti-gay hate crimes were up 51% in major U.S. cities in 2021 compared with the previous year — and they rose 48% in California. Los Angeles has seen a 59% rise in anti-transgender crimes so far in 2022, according to Levin, from 17 reported incidents last year to 27 this year.

And we’ve got a month to go.

Those weren’t even the worst jumps. Anti-Asian hate crimes started spiking at the beginning of the pandemic, when then-President Trump dubbed COVID-19 the Chi-na flu, pronouncing it as if he’d never heard the country’s name spoken aloud, just another dog whistle of racism. Asian hate crimes have increased ever since, up 224% in 2021 — though they seem to be dropping in many places in 2022.

Anti-Jewish hate crimes rose 59% in major cities in 2021 compared with the previous year, as far-right pundits continue to push conspiracy theories that resurrect the long-running trope that Jewish people secretly control the world. That likely contributed to a 47% increase in attacks on houses of worship in California between 2020 and 2021 — not all in synagogues.

One of the most concerning aspects of rising hate crimes for commission member Erroll Southers is their increasing tie to politics.

Southers is the head of safety and risk assurance at USC, and has worked for the FBI and other law enforcement agencies. In the years after 9/11, then-Gov. Arnold Schwarzenegger appointed him to oversee protection of California’s infrastructure from terrorist threats.

A few years ago, hate crimes weren’t as mainstream, he said, and weren’t as tied to our political discourse.

Levin points out that for the most part, the open discussion of hate was frowned upon by larger society, leaving those with extreme views on the far outskirts of acceptability. Maybe we’d ignore Uncle Joe’s casual racism at the dinner table, but fascism in broad daylight was a different kind of line (though it shouldn’t be).

Now, hate campaigns against vulnerable groups are de rigueur for rabid right-wing media savants such as Tucker Carlson, who doubled down on spiteful anti-transgender rhetoric immediately after the Colorado shooting.

For months, Carlson and other conservative commentators have pounded on the ugly and untrue idea that gender-affirming care is “mutilation,” and that there is a conspiracy in the LGBTQ community to “sexualize” children. A few weeks ago, Carlson went so far as to encourage viewers to “fight back” against the LGBTQ community, “no matter what the law says.”

I’ll take a moment to remind us all that Carlson’s name has been bandied about as a presidential contender. That kind of rhetoric from an influential figure with a large following can have devastating effect, said Southers.

“Words matter,” Southers told me. “There are people out there on the fringe who feel a need to engage. They feel a need to operationalize what they are hearing.”

The Proud Boys are an unfortunate example of that truth. A misogynistic hate group involved in the Jan. 6 insurrection, they have increasingly turned their focus to transgender attacks. In California, Proud Boys have disrupted a drag queen story hour at a Northern California library and stormed a bar in Woodland, outside Sacramento, to protest a drag event scheduled (and later canceled) there.

The Crowd Counting Consortium, an academic effort to understand protests, recently found that right-wing attacks on the LGBTQ community are growing. It has counted 40 events aimed at drag queen story hours this year alone.

Which brings us to the second commission — the Governor’s Council on Holocaust and Genocide Education. Although it is specifically targeting growing antisemitism, it provides an important model for combating all hate.

One of its goals is to figure out not just how to teach our schoolkids the truth of the Holocaust but also how to “inoculate young people against the dangerous messages of hate and division pervading our public discourse,” as Gov. Gavin Newsom put it when announcing the effort in October.

Although there is almost certainly going to be pushback from some parents about “inoculating” kids in classrooms, similar to critical race theory hysteria, I can’t think of any lesson more important than how to identify hate from fact.

“Thank God we live in a state where there are folks who are responsive to protect everyone. We all deserve dignity and peace,” Levin said. “We are killing young people for bigotry and political gain, and it has to stop.”

I’ll end with something hopeful because hate should never have the last word.

Instead, here are some from California’s newest poet laureate, Lee Herrick, whose work speaks to our flaws, and also our boundless aspiration to build lives of autonomy and promise.

Here, in my California, everywhere is Chinatown,

No internment in the Valley.
Better history texts for the juniors.

In my California, free sounds and free touch.
Free questions, free answers.
Free songs from parents and poets, those hopeful bodies of light.