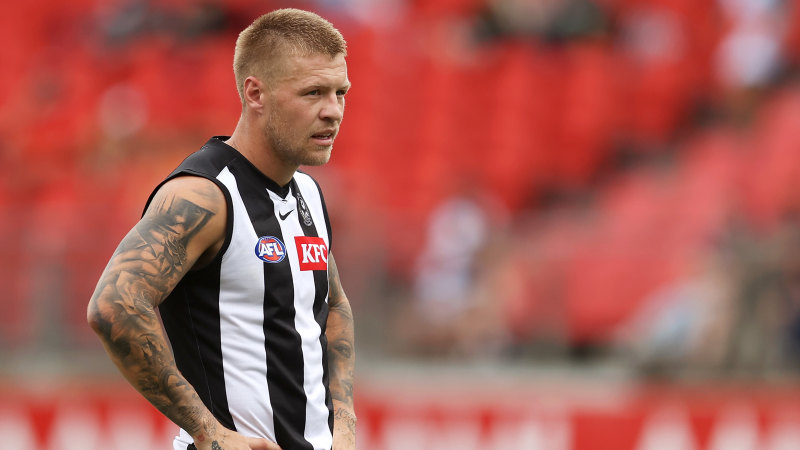 Collingwood has already expressed interest in Brisbane Lions forward Daniel McStay, who is out of contract at the end of the season and is a free agent. The Lions have offered him a five-year deal on about $500,000 a year to remain.

Collingwood’s interest in McStay has complications for any decision on De Goey’s future at the club.

If Collingwood decided not to re-sign De Goey, or if De Goey decided that he now wanted to leave as a free agent, then any compensation pick the club received for him leaving would be diluted by the arrival of a free agent such as McStay.

De Goey was given permission to travel to Bali last week for a short holiday during the team’s bye round. A video and photographs then emerged on social media of De Goey partying in a nightclub.

In the video a hand, purported to be De Goey’s, attempts to pull aside a female friend’s bikini top to expose her breast. De Goey later released a statement saying he had been wrongly persecuted.

The woman in the video said she had no issue with De Goey’s behaviour on the night, posting on Instagram that she could not “believe the backlash towards Jordy and myself”.

De Goey has been criticised for putting himself and his club in yet another compromised situation and his public response to it.

De Goey was found guilty of conduct unbecoming by the AFL in March over an incident at a New York nightclub in October last year, and ordered to donate $10,000 to the Salvation Army. The Magpies stood him down for three months when he was not allowed to train with the rest of the players, though he has returned to play 12 of the club’s 13 games this season.

He pleaded guilty in New York’s criminal court to harassment in the second degree, which is a violation, but did not record a conviction after the more serious charges of forcible touching were dropped. Assault charges were also dropped.