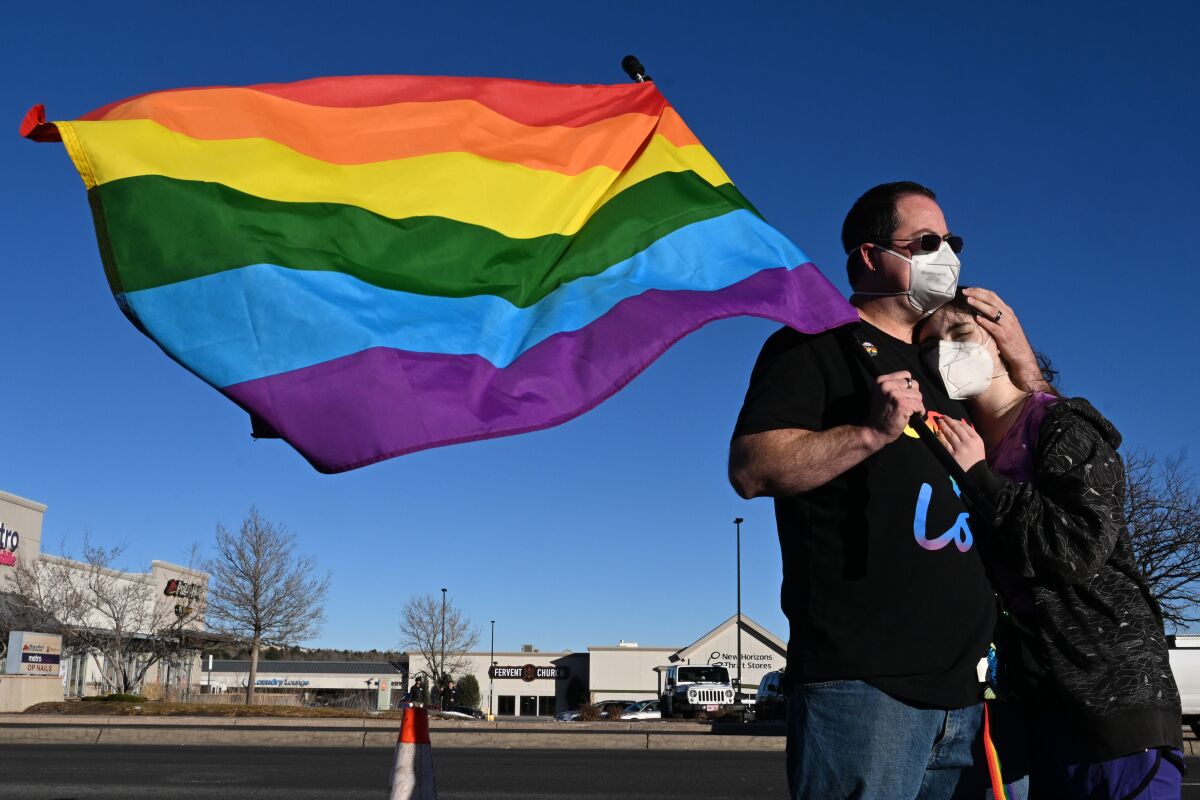 In the summer of 2018, I drove from Orange County to Denver and back for a bunch of freelance assignments. One of my stops was in Colorado Springs, for a subject I usually don’t care about: beer.

I’m more of a bourbon and mezcal man. But Jess Fierro of Atrevida Beer Co. had invited me to swing by her family business. She and her husband, Rich, had recently opened the small brewery and taproom, which at the time was one of the only Latina-run beer companies in the United States.

Over a crisp lager, Fierro told me her story. How she and Rich were high school sweethearts who grew up in San Diego. How they learned to love the art of beer making when Rich was stationed as an Army officer in Germany in the 2000s. How Jess, a cosmetologist by trade, worked up the nerve to do home brewing when the Army transferred Rich to Colorado.

Jess talked about the thrill of winning a beer competition aired on the Vice network. About the fright of turning a hobby into a livelihood. More importantly, she told me, she wanted to make a mark as a Mexican American woman, in an industry that was overwhelmingly white and male.

She was going to do it through beers with pan-Latino flavors like guava and tamarind that bore clever Spanglish names. Jess summed up her philosophy with the name “Atrevida,” which translates as “daring” and is usually used in Mexican Spanish as a term of grudging respect for women who do what they’re not supposed to.

At some point, her giant of a husband joined us. The Fierros were warm and funny — and fans of mine. I took photos of them in action, and they asked in return for a group photo. She promptly posted it on Instagram, noting she was “humbled and honored” I had stopped by. I left with a vow to visit Atrevida the next time I was in Colorado Springs, and a promise that an article for a national publication was on its way.

None of that ever came to be.

My mother was slowly dying of ovarian cancer. Other freelance assignments took precedence. I found a full-time job that took me away from writing about food. The pandemic pushed aside any stories not based in Southern California. As Atrevida began to rightfully receive national attention, any article I might’ve written would’ve been out of date. I eventually lost the notes and photos from my afternoon with the Fierros and had to move on.

They didn’t hold it against me. Every once in a while, Atrevida Beer Co. popped up in the comments on the weekly Instagram Live sessions I do from my personal account. Whenever they showed up, I’d excitedly plug the brewery and apologize for my oversight from years ago. When a friend did his own profile of Jess and mentioned we knew each other, she excitedly told him about how I had once visited Atrevida.

The Fierros were the first people I thought of when news emerged that a gunman had opened fire at an LGBTQ nightclub in Colorado Springs on Saturday night, killing five and injuring 18.

I said a prayer for the deceased, bemoaned our nation’s gun laws and moved on. Hopefully, the Fierros weren’t among the affected, I thought.

But Monday afternoon, as I prepared to record a podcast episode, an email arrived. A reader asked if I had heard the “sad news” about Atrevida.

“We visited them awhile back,” the reader wrote, “and saw a picture of you there, so [don’t] know if you’re friends or had just stopped by.”

I rushed through my recording, then immediately gathered as much information as possible. I started with Atrevida’s Instagram account, which I realized I wasn’t following. It showed video of Jess, Rich and some friends, along with their daughter Kassy and her boyfriend Raymond Green Vance, enjoying a night out.

In the caption, Jess revealed they had been at Club Q when the gunman, identified by authorities as 22-year-old Anderson Lee Aldrich, shot up the venue. Jess wrote that she suffered bruising on her right side and that Rich injured his hands, knees, and ankle while helping to subdue Aldrich.

Kassy had broken her knee. The Fierros’ friends “were shot multiple times.” Raymond was killed.

“This cowardly and despicable act of hate has no room in our lives or business,” Fierro wrote. “F–K HATE. It has left us and our community scarred but not broken. Much love to everyone.”

I then read news accounts of what had happened. Rich, who served four tours in Iraq and Afghanistan and had struggled with PTSD, lived up to the Atrevida name. He went after the assailant almost immediately — “I grabbed him by the back of his little cheap-ass armor,” he told my colleagues. Other stories revealed that he had asked a drag performer to stomp on the gunman with her high heel.

People on social media hailed Rich as a hero. He quickly dismissed such thoughts, telling the New York Times he was “just a dude.”

In the wake of the Club Q tragedy, the feel-good story of Fierro and others who helped to stop the carnage is irresistible to tell. It’s especially appealing for Latinos, after a year where we too often played the villain, whether it was the Uvalde killer or the Los Angeles politicos whose nasty words about Black people, Oaxacans and others were the antithesis of the welcoming atmosphere at Club Q.

It pains me that a tragedy is what finally moved me to write about the Fierros and Atrevida Beer Co. But everyone should know that they were heroic long before this terrible weekend.

I remember the marquee outside the taproom that read “Diversity, It’s Always on Tap!” — the same logo that’s on Rich Fierro’s immaculate vintage Chevy El Camino. Jess shared with me back then how she had to face a lot of racism and sexism in her industry but bore its welts because she had an important platform.

That’s why her company proudly participated in Colorado Springs’ LGBTQ parade, she said — a bold move in a city with large swaths of conservative and evangelical voters. It’s something they continued to do through the pandemic. Not only that, but Jess followed through on her stated plans to mentor other women and Latino brewers. She even named some of her suds after Mexican American female icons like Dolores Huerta and the late Long Beach singer Jenni Rivera.

After scrolling through Atrevida’s Instagram account, quickly catching up on their past four years, I reread the New York Times profile of Rich. In one part, he admitted that his night at Club Q was the first time he had ever attended a drag show.

“These kids want to live that way, want to have a good time, have at it,” he said. “I’m happy about it because that is what I fought for, so they can do whatever the hell they want.”

If only the rest of us were as atrevidos as the Fierros.