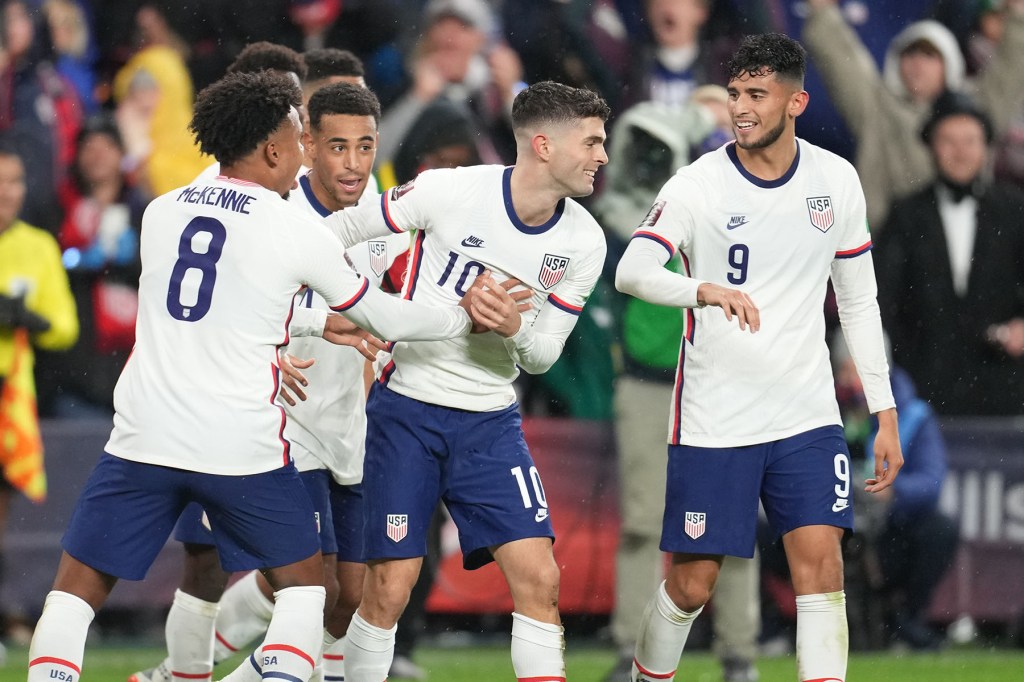 When the United States plays its World Cup opener against Wales in Qatar on Monday, millions of Americans will watch their first soccer game in eight years — and millions will meet “Captain America” for the first time.

Christian Pulisic has long dreamed of playing in the most prestigious sporting event in the world. He was denied the opportunity in 2018, when the U.S. stunningly failed to qualify for the World Cup for the first time in 32 years after the most embarrassing loss — to Trinidad and Tobago — in men’s national team history.

The seemingly interminable wait for the next World Cup is over. The 24-year-old’s time has arrived.

“It’s unreal for me to be here at a World Cup,” Pulisic told reporters on Wednesday. “It’s been a dream of mine my whole life.”

There is unmatched American anticipation, created by eight years between World Cup games. There is well-founded optimism of advancing past the group stage for the fourth time in the United States’ past five tournaments. There is incredible excitement surrounding the team’s talented young core, led by Pulisic, who could either become a household name or the face of the latest American disappointment on the world’s biggest stage.

“I think we have to prove ourselves,” Pulisic said of Team USA, which has advanced as far as the quarterfinals once (2002) since reaching the semifinals of the sparsely attended inaugural 1930 World Cup. “We haven’t been maybe at the level of some of these world powerhouses in recent decades. We’ve had good teams with a lot of hearts and minds, but I think we can take it to that next step. With a successful World Cup, I think that can change a lot of things.”

Pulisic is used to pressure. The Pennsylvania native moved to Germany when he was 15 and within two years was playing for Borussia Dortmund, where he excelled and then became the most expensive American player ever with a $73 million transfer to Chelsea. He was the youngest American to appear and score in a World Cup qualifying match. Last year, he became the first American to play in a UEFA Champions League final — which Chelsea won — after scoring and assisting in the semifinal.

In Qatar, Pulisic carries more than the weight of a nation. He is saddled with myriad critics who view him as another overhyped American. He is attempting to prove his worth after enduring frequent benchings with Chelsea this season, starting in just three of 13 games and scoring one goal.

Still, his potential remains more powerful than any player the U.S. has ever brought to the World Cup. He could make the four-year delay worth it. He’s waited far longer.

“I feel like I’ve played in some big games. I’ve accomplished a lot. I’ve done a lot of things,” Pulisic said. “But what I want to do with the World Cup is something on top of all of that. It’s something when I was a kid in Pennsylvania growing up, 5 to 10 years old, that’s all I thought about was the World Cup.”

Giving the Devils their due

In 2020 and 2021, the Islanders made back-to-back surprising runs to the Eastern Conference Finals. Last season, Igor Shesterkin unexpectedly carried the Rangers within two wins of the Stanley Cup Finals.

The Devils, who entered this season with 50/1 championship odds and have made one playoff appearance in the past decade, are hockey’s hottest team, claiming their 11th straight win Thursday night, 3-2, in overtime, in Toronto. The Devils (14-3-0) lead the Metropolitan Division, and are one game behind the Bruins for the best record in the NHL.

Just one month ago, another miserable season appeared inevitable. The Devils dropped their first two games by a combined score of 10-4, prompting fans to chant for the dismissal of head coach Lindy Ruff, who led the team to a 46-76-16 record in his first two seasons. After the team’s ninth straight win on Saturday over Phoenix, New Jersey fans apologized with chants of “Sorry, Lindy.” The Devils have lost just one gamesince Oct. 15.

Goaltender Vitek Vanecek — the 26-year-old acquired from Washington in July — has been the biggest reason for the unlikely turnaround, winning eight straight starts while posting a .941 save percentage in those games. Last season, the Devils ranked 31st in the NHL in save percentage (.881).

A decade of ineptitude is also now paying off in the play of former first overall picks Nico Hischier (2017) and Jack Hughes (2019). Hughes, 21, has registered 19 points (seven goals, 12 assists), and Hischier, 23, has 18 points (nine goals, nine assists). Meanwhile, winger Jesper Bratt is making the most of a contract year with a team-high 22 points (seven goals, 15 assists), and defenseman Dougie Hamilton is performing up to the $63 million deal that brought him to Newark in 2021, bouncing back from a down season and adding seven power-play points in the past 11 games.

The Devils will look to extend their streak Saturday in Ottawa, then return to New Jersey on Monday to face the Oilers. The 1992-93 Pittsburgh Penguins hold the NHL record for most consecutive wins (17).

Should the Devils win five more games in a row, their chance to tie the all-time mark would come Nov. 28 against the Rangers at Madison Square Garden.

I went to Port Jefferson Station late this summer and met a remarkable family who lived in a Manhattan homeless shelter three years earlier. I met a father of two, Kayode, whose life was threatened by Boko Haram terrorists — forcing his family to flee their native Nigeria — who could only get a job washing dishes in The Bronx after owning his own business back home. I met a mother, Oluwatoyin, who was held at gunpoint in her own home, who feared for the lives of her sons sleeping in the next room.

And I met a boy, Tanitoluwa Adewumi, who was introduced to chess by a flyer as a 7-year-old at P.S. 116 in Manhattan and became a state champion one year later. He is a prodigy, who has since earned the praise of presidents, written a book and sold the movie rights, whose gifts have given his family unfathomable security and serenity in their own home on Long Island.

In less than three months, he could become the youngest grandmaster in chess history.