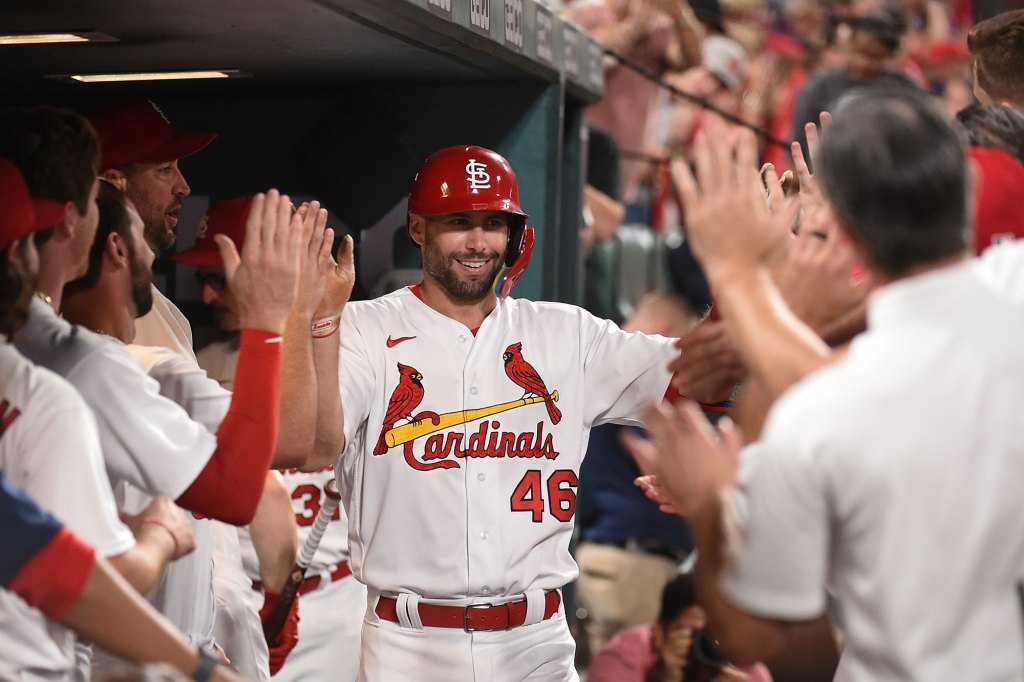 The Cardinals first basemen finished the 2022 season with a .317 batting average along with a .403 on-base percentage and an NL-leading .578 slugging percentage. He also clubbed 35 home runs and 115 RBIs and was selected to his seventh All-Star Game.

Goldschmidt’s impressive season earned him 22 of 30 first-place votes and eight second-place votes from the BBWAA panel.

He became the fifth player to win his first MVP at 35 or older — the first since Dennis Eckersley did so in 1992. This after finishing in the top-six in voting six times in the past 12 season.

“I think definitely as you age, you have to adapt, and that’s some of what I’ve tried to do. I’ve tried to get ahead of it,” Goldschmidt said on MLB Network. “You can’t just try to do the same thing you did the year before. But yeah, kind of the stigma that as you get older, you’re going to keep getting worse. I mean, nobody likes that. They don’t like being told you can’t do something, so it’s definitely motivation.”

Goldschmidt wasn’t alone in elevating St. Louis to the postseason — third basemen Nolan Arenado came in third place in the MVP, getting one first-place vote. Having two of the three top MVP vote-getters didn’t help the Cardinals from getting bounced by the eventual World Series runner-up Philadelphia Phillies in two games in the NL Wild Card round.

“Whether I won this or not, it was going to be a great year,” Goldschmidt said. “This was my best year and the most fun I had, playing with Nolan and Albert [Pujols] and so many guys we had. So, it was just incredible.”

San Diego Padres third basemen Manny Machado, who was a huge part in the Padres’ un to the NLCS this postseason, finished second after getting seven first-place votes.