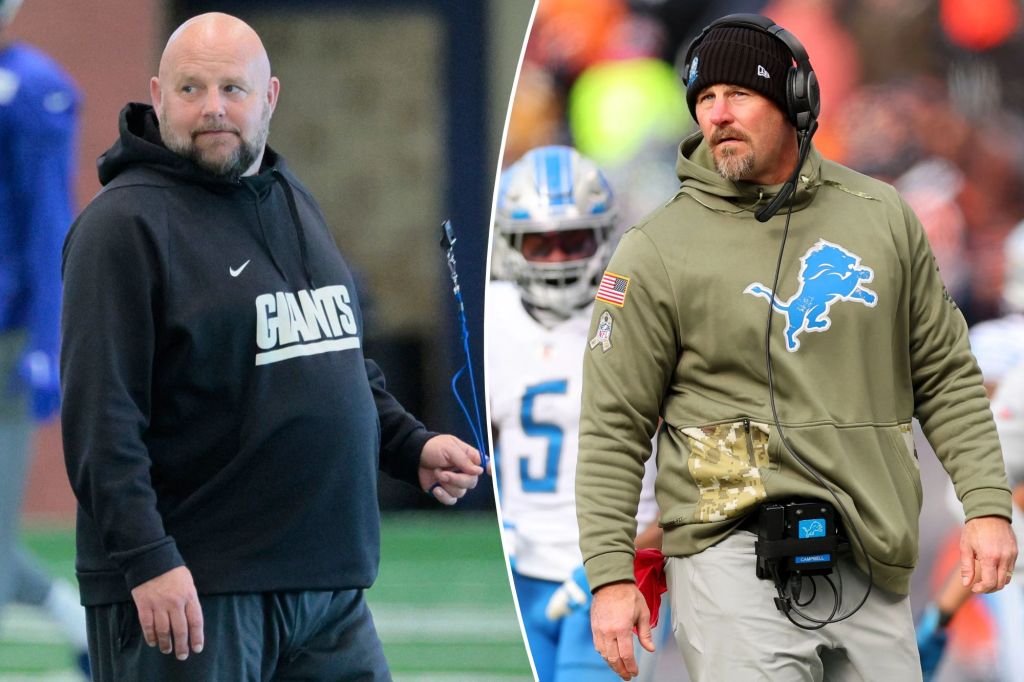 Giants head coach Brian Daboll has some history with his Lions counterpart, Dan Campbell, after he interviewed and hired him as part of Tony Sparano’s coaching staff with the Dolphins in 2011.

Daboll was Miami’s offensive coordinator when Campbell, the fiery former Giants tight end, was added as the Dolphins’ coach at that position.

“Tony said, ‘Hey, I got this guy that I think would be good. Why don’t we interview him? You take care of the interview.’ So, I interviewed Dan, and it was a great interview,” Daboll said before practice Wednesday in preparation for the Giants to host the Lions on Sunday. “He’s slamming chairs on the ground and hitting walls and going through all these drills.

“You guys know him. He’s a fantastic person, great family. It was an entertaining interview. [He] knew a lot. Obviously, he was very passionate, tough as nails, you could tell. He was out of breath in half that interview with the stuff he was doing. Yeah, great guy.”

Daboll added that Campbell showed up the next day at 5:30 a.m. “power cleaning and squatting” in the weight room and that he “loved working with him.”

Campbell is in his second season as Detroit head coach with an overall record of 6-19-1, including 3-6 this season.

Daboll said right tackle Evan Neal (knee) will “start working” in practice, and he was listed on the injury report as a limited participant in the indoor session Wednesday.

Defensive tackle Dexter Lawrence also was listed on the injury report with back soreness, but Daboll said he was receiving a rest day. Linebacker Kayvon Thibodeau also didn’t practice with an undisclosed illness.

Receiver Kenny Golladay, who was benched in the second half this past Sunday against the Texans, also was limited with what the Giants reported as a hamstring issue.

Asked what Golladay must do to earn his way back into the lineup, Daboll said: “To me, it’s the same every week when we go through practice. We practice Wednesday, Thursday, Friday. Then we sit down Friday and decide exactly what we’re going to do — give everybody reps. … I’d say Kenny’s a pro. He comes in, works hard, listens in the meetings, goes through the walk-throughs [and] practices. He’s been a pro. I just think we take it week-by-week, go out there in practice and see how it goes at the end of the week.”