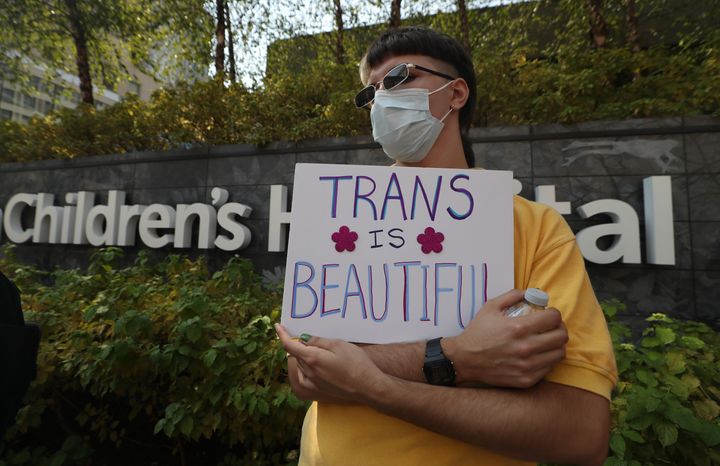 Amid ongoing attacks from Fox News and a vicious harassment campaign over its health center for transgender youth, Boston Children’s Hospital weathered yet another bomb threat Wednesday.

“This morning, the hospital was again the target of a bomb threat,” the Harvard-affiliated hospital said in a statement, adding that it’s “committed to ensuring the hospital is a safe and secure place for all who work here and come here.”

The bomb threat, which police determined to be a hoax after evacuating staff and patients, is the third in recent months. While more details about Wednesday’s threat are still to come, the past two singled out the hospital’s Gender Multispecialty Service program, which is the nation’s first pediatric and adolescent transgender health program.

The ongoing threats have attracted attention from federal authorities, who say the fear such threats impart on transgender youths and their families as they seek gender-affirming care is unacceptable.

“Children deserve an opportunity to thrive and grow as their own authentic selves,” Rachael Rollins, the U.S. Attorney for the District of Massachusetts, said in August following when the threats started. “Parents/guardians and health care providers who support them in that journey should be allowed to do so free of threats and harassment.”

One person has faced repercussions for the bomb threats so far. Last month, a grand jury indicted 37-year-old Catherine Leavy in connection with a September threat. She could face several years in prison.

“The continued harassment, threats, and violence toward transgender and nonbinary people and those who provide us medical care are part of a concerted effort by anti-trans individuals and groups to restrict everyone’s bodily autonomy and erase transgender people from public life entirely,” the Massachusetts Transgender Political Coalition said in a statement to HuffPost.

“Boston Children’s Hospital provides this life-saving care for patients as old as 35,” the group added. “Attacking children, youth, and those who care for them for seeking appropriate medical care is an indefensible position.”

The Boston Alliance of Gay, Lesbian, Bisexual and Transgender Youth also praised the hospital for its work with transgender kids.

“Boston Children’s Hospital is a nationally known model for best practices in gender-affirming care, and BAGLY strongly condemns these attacks that threaten some of the youngest and most vulnerable members of our community,” the group’s executive director, Grace Sterling Stowell, told HuffPost on Wednesday.

How Boston Children’s Hospital came to be such a target is a classic story of far-right circles spreading hateful misinformation online until it culminates in real-life consequences.

Boston Children’s says the vitriol kicked off after an anonymous, far-right account called Libs of TikTok told its 1.5 million followers that the hospital was performing gender-affirming hysterectomies “for young girls” and posted a video of one of its doctors explaining how such a procedure works. In reality, the video was not about children, and the hospital has made it very clear it has never performed any gender-affirming hysterectomies or related genital surgeries on children.

The Washington Post was able to identify one instance where the Boston Children’s Hospital incorrectly stated on an archived web page that it provides vaginoplasties, the surgical construction of vaginas, to 17-year-olds, but it’s since corrected the page to clarify they merely start providing surgical consultations for such procedures at age 17.

But to many, the facts didn’t matter, and Libs of TikTok’s tweet took off. Among those who amplified it was former Trump administration advisor Stephen Miller, who charged: “This is monstrous. How does anyone involved in this still have a medical license?”

It’s since spiraled into a much bigger harassment campaign against the hospital, which said it’s been inundated with a “large volume of hostile internet activity, phone calls, and harassing emails including threats of violence” toward staff and clinicians related to its transgender youth health care program. In some instances, people have showed up outside the hospital to protest.

Then the attacks made their way to Fox News, which billed the care center as “mutilation for the children” and let prominent personalities like Tucker Carlson tell his millions of viewers that Boston Children’s Hospital doctors are “evil.”

He even went so far as to say the hospital is “playing the victim” after September’s bomb threat.

Despite those characterizations, Boston Children’s Hospital offers transgender youth what many other hospitals do: counseling and, after extensive consultation, puberty-blocking hormones. The latter treatment is largely reversible, though research about potential long-term effects, such as damage to one’s fertility, is still minimal. Because of the extremely high rate of suicide attempts among transgender youth, doctors often determine that hormone treatments are worth the possible risks.