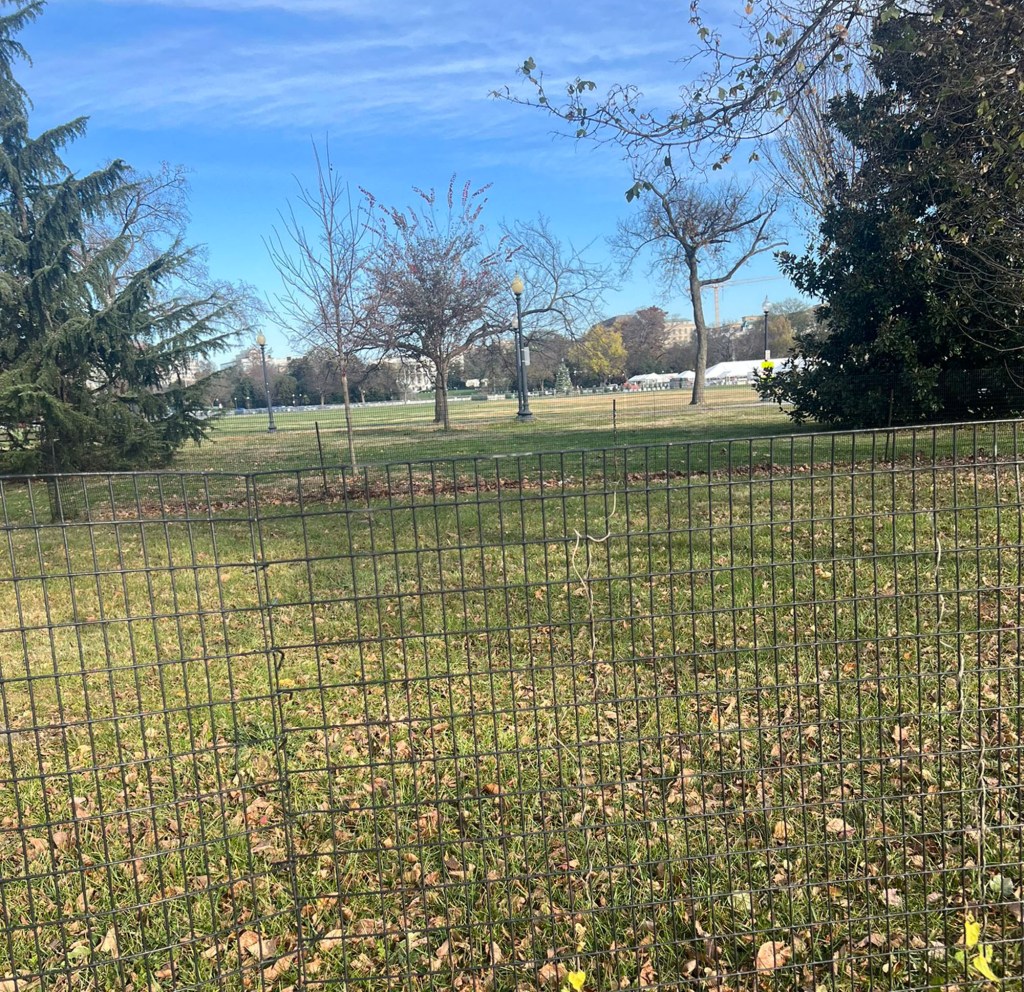 The public parkland just across the street from the White House’s South Lawn was closed to visitors Saturday morning to keep prying eyes away from the private wedding of President Biden’s granddaughter Naomi.

The Ellipse, the green space between the president’s home and the Washington Monument was barred off with temporary fencing that kept the curious at least a block away from the 11:00 am ceremony.

Rows of white folding chairs could be seen on the grassy expanse just outside the executive mansion’s flower-bedecked portico before guests arrived in chilly 37-degree temperatures ahead of Naomi Biden — the daughter of scandal-plagued first son Hunter Biden — and her groom, Peter Neal.

But journalists have been banned from covering any part of the outdoor wedding ceremony, the bridal lunch to follow, or the “dessert-and-dancing” reception Saturday evening — even though all of the nuptial events are taking place in what the Bidens have frequently called “The People’s House.”

“Naomi and Peter [Neal] have asked that their wedding be closed to the media and we are respecting their wishes,” press secretary Karine Jean-Pierre said Friday.

In the White House’s history, only 18 weddings have been celebrated at the president’s home — just five in the past 100 years, according to the White House Historical Association.

Naomi Biden and her soon-to-be husband, both attorneys, have lived at the White House since August, CNN reported Friday.

The Biden family used a presidential motorcade Friday evening to make the 700-foot, half-block trip from the White House to the Renwick Gallery art museum, where the bridal couple hosted a rehearsal dinner.