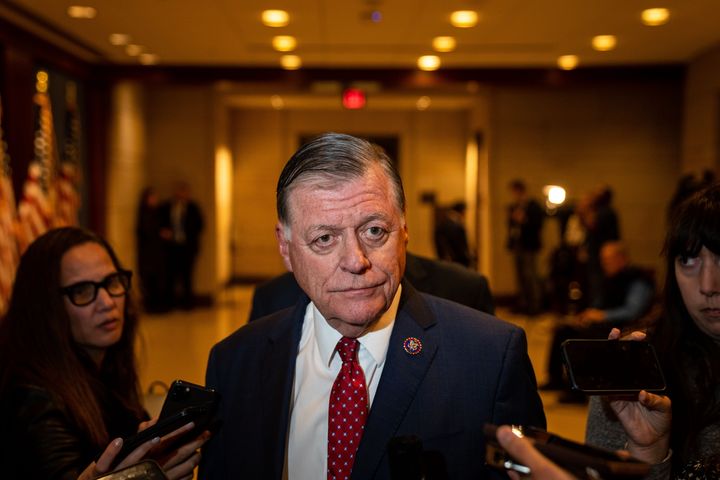 Seeking to enforce a 187-year-old treaty between his Indigenous tribe and the U.S. government, the principal chief of the Cherokee Nation said he expected Congress to live up to its promise to allow a Native delegate in the House of Representatives.

Chuck Hoskin Jr., the principal chief of the 440,000-member Cherokee Nation, made the remarks Wednesday at a House committee hearing on Capitol Hill to examine the tribe’s claim. The top Democrat and the top Republican on the House Rules Committee reacted positively to the idea, but it remains unclear if the tribe’s request will be granted.

In a statement, House Speaker Nancy Pelosi said Democrats will “continue to explore a path toward welcoming a delegate from the Cherokee Nation into the People’s House” but gave no details.

In his appearance, Hoskin said he expected the delegate to be seated before the year’s end.

“Mr. Chairman, I am a proud American, and I am a proud citizen of the Cherokee Nation. I have great respect for the United States House of Representatives. Because of all of this, it is my firm belief and expectation that the House of Representatives will take swift action to seat our delegate to Congress, honor our treaty rights, and therefore make the United States good on its promise to our Cherokee ancestors,” Hoskin said.

In 1835, the United States and the Cherokees signed the Treaty of New Echota, in which the Cherokees, under pressure from white settlers and the Indian Removal Act signed by President Andrew Jackson, agreed to be paid $5 million in exchange for giving up their territory in the Southeastern U.S. and moving to present-day Oklahoma.

The treaty was widely opposed within the tribe and when the Cherokees were slow to move, they were forcibly transported west in what became known as the “Trail of Tears.” A quarter of the tribe perished during the trip.

One provision in the treaty, though, says the Cherokee Nation “shall be entitled to a delegate in the House of Representatives of the United States whenever Congress shall make provision for the same.”

In 2019, Hoskin began his campaign to have a non-voting delegate, like those that represent the District of Columbia and similar territories and jurisdictions, seated, naming former Barack Obama White House senior adviser for Native American affairs Kim Teehee as the delegate. The tribe also made a public push again in September to get Teehee seated.

While the treaty wording appears simple, it raised a few questions among some lawmakers, including Rep. Cole, an Oklahoma Republican who is also a member of the Chickasaw Nation. Should the delegate be elected, as every other member of the House is? Would Cherokee citizens be effectively represented twice, once by their U.S. representative and again by the delegate? Does the House need to take some formal action to accept the delegate?

Hoskin and legal scholars from the University of Oklahoma and the Congressional Research Service tried to answer those questions Wednesday.

Hoskin said the treaty’s wording gives the tribe the right to decide how a delegate is picked. That the delegate would be non-voting was seen by part of the panel as minimizing the double-representation question, as the power to vote would remain only with U.S. representatives.

There was some disagreement on whether the treaty was self-executing or whether the House would need to signal its formal acceptance. But Hoskin may have eased some concerns by saying he thought a House resolution — instead of a change in law that would require Senate approval and a presidential signature — would be enough to seat the delegate.

That stance would also allow the House in each new Congress to decide if it wanted to keep the delegate or not by making changes in its opening day-rules package.

Cole, the top Republican on the Rules panel, said at the end of the hearing most of his concerns had been addressed.

“It’s never too late to do the right thing. It’s not as if something that happened 150 or 170 years ago can’t be addressed and corrected now. Sometimes that’s the right thing to do,” he said.

Rules Chairman Jim McGovern (D-Mass.) said he thought the Cherokees’ case was in good hands, no matter which party winds up controlling the House.