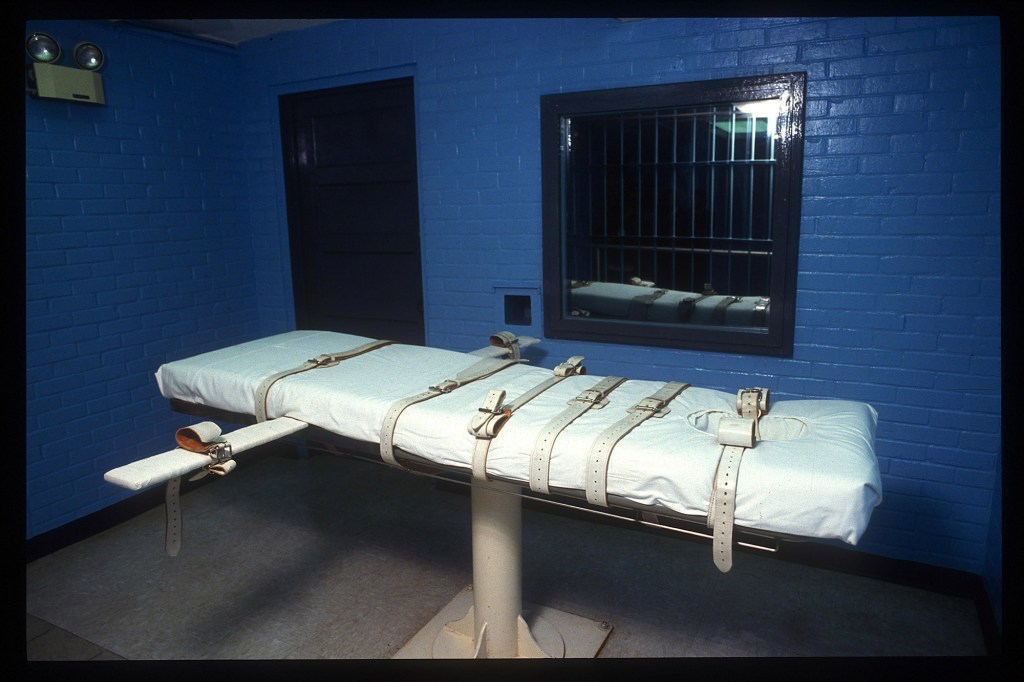 Alabama on Thursday night called off the scheduled execution of a man convicted in the 1988 murder-for-hire slaying of a preacher’s wife after the state had trouble establishing venous access and the state faced a midnight deadline to get the execution underway.

Alabama Department of Corrections Commissioner John Hamm said prison staff tried for about an hour to get the two required intravenous lines connected to Kenneth Eugene Smith, 57. Hamm said they got one established but were not able to get the second after trying several locations on Smith’s body.

The U.S. Supreme Court cleared at about 10:20 p.m., but the state determined about an hour later that the lethal injection would not happen that evening. It is the second execution since September that the state has cancelled because of venous access difficulties.

The postponement came after Smith’s final appeals focused on problems with intravenous lines at the last two scheduled lethal injections. Because the death warrant expired at midnight, the state must go back to court to seek a new execution date.

The U.S. Supreme Court on Thursday cleared the way for Alabama to execute an inmate convicted in the 1988 murder-for-hire slaying of a preacher’s wife.

Justices lifted a stay issued earlier in the evening by the 11th U.S Circuit Court of Appeals, allowing the state to proceed with the execution of Kenneth Eugene Smith, 57. The order came down about 90 minutes before the state’s midnight deadline to get the execution underway.

Smith had raised concerns about problems with venous access at the state’s last two scheduled lethal injections as he sought a last-minute reprieve.

Prosecutors said Smith was one of two men who were each paid $1,000 to kill Elizabeth Sennett on behalf of her husband, who was deeply in debt and wanted to collect on insurance.

Sennett was found dead on March 18, 1988, in the couple’s home on Coon Dog Cemetery Road in Alabama’s Colbert County. The coroner testified that the 45-year-old woman had been stabbed eight times in the chest and once on each side of the neck. Her husband, Charles Sennett Sr, who was the pastor of the Westside Church of Christ, killed himself when the murder investigation started to focus on him as a suspect, according to court documents.

One execution was carried out after a delay, and the other was called off as the state faced a midnight deadline to get the execution underway. Smith’s attorneys also raised the issue that judges are no longer allowed to sentence an inmate to death if a jury recommends a life sentence.

John Forrest Parker, the other man convicted in the slaying, was executed in 2010. “I’m sorry. I don’t ever expect you to forgive me. I really am sorry,” Parker said to the victim’s sons before he was put to death.

According to appellate court documents, Smith told police in a statement that it was, “agreed for John and I to do the murder” and that he took items from the house to make it look like a burglary. Smith’s defense at trial said he participated in the attack but that he did not intend to kill her, according to court documents.

In the hours before the execution was scheduled to be carried out, the prison system said Smith visited with his attorney and family members, including his wife. He ate cheese curls and drank water, but declined the prison breakfast when it was offered to him.

The execution of Joe Nathan James Jr. was delayed because of problems establishing an IV line, leading an anti-death penalty group to claim the execution was botched. In September, the state called off the scheduled execution of Alan Miller because of difficulty accessing his veins. Miller said in a court filing that prison staff poked him with needles for over an hour and at one point, they left him hanging vertically on a gurney before announcing they were stopping for the night. Prison officials have maintained the delays were because the state was carefully following its procedures.

The state argued to let the execution proceed, saying Smith is in a different situation than Miller, who is obese.

The U.S. Supreme Court on Wednesday denied Smith’s request to review the constitutionality of his death sentence.

Smith was initially convicted in 1989, and a jury voted 10-2 to recommend a death sentence, which a judge imposed. His conviction was overturned on appeal in 1992. He was retried and convicted again in 1996. This time, the jury recommended a life sentence by a vote of 11-1, but a judge overrode the jury’s recommendation and sentenced Smith to death.

In 2017, Alabama became the last state to abolish the practice of letting judges override a jury’s sentencing recommendation in death penalty cases, but the change was not retroactive and therefore did not affect death row prisoners like Smith.

The Equal Justice Initiative, an Alabama-based nonprofit that advocates for inmates, said that Smith stands to become the first state prisoner sentenced by judicial override to be executed since the practice was abolished.