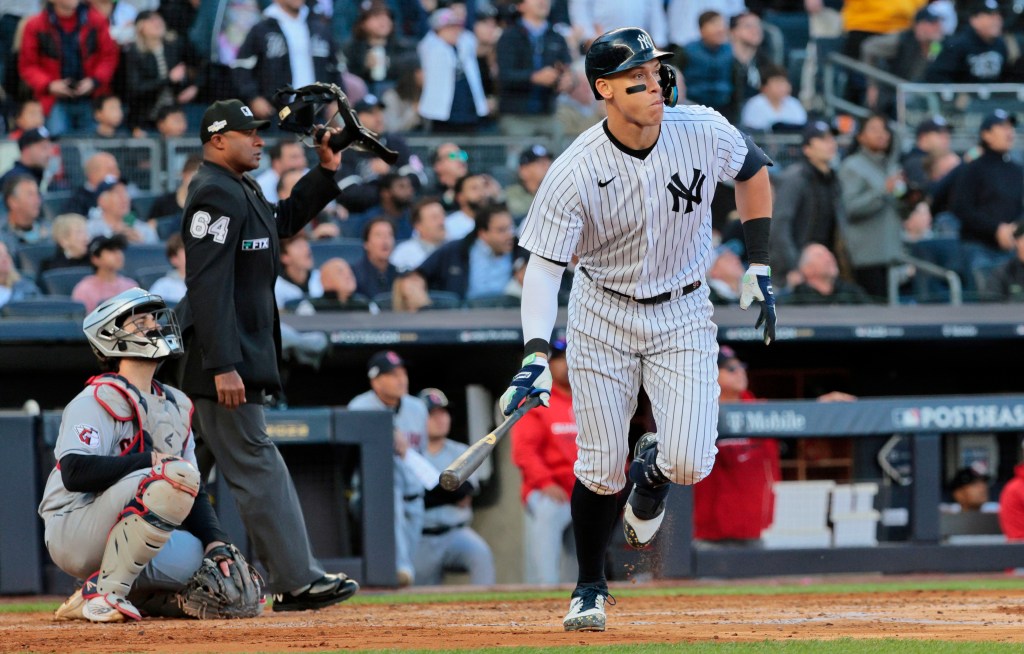 As if he needed another line on his résumé as he awaits a major payday this offseason, Aaron Judge is expected receive the biggest honor of his career Thursday night.

Judge — coming off his record-breaking, 62 home run season with the Yankees — is the favorite to win the American League MVP when it is announced Thursday by a vote from the Baseball Writers’ Association of America.

The free-agent outfielder, who captured the attention of the baseball world this year with his home run chase, will do the same this offseason as it waits to see whether he will re-sign with the Yankees or land elsewhere for a contract expected to exceed $300 million. But first, he will likely be honored for his historic season, which came after he turned down a seven-year, $213.5 million extension offer before Opening Day.

Reigning AL MVP Shohei Ohtani looms as Judge’s biggest threat for the award, after the Angels two-way star put together another brilliant season both at the plate and on the mound. But he did so for a losing team while Judge authored a season for the ages and put the Yankees on his back on the way to an AL East title.

By many standards, Ohtani had an even better year than he did during his MVP campaign of 2021, accruing 9.6 Wins Above Replacement (bWAR, per Baseball Reference) with 34 home runs and a .875 OPS and posting a 2.33 ERA with 219 strikeouts across 166 innings.

Judge heard MVP chants throughout the season at Yankee Stadium — even if he insisted he did not listen to them — as he carried the Yankees to 99 wins. Beyond his home run feats, the 6-foot-7, 282-pound Judge played the majority of his innings this season in center field rather than his normal home in right field to allow the Yankees better lineup flexibility — and played well defensively in both spots.

Before this season, Judge’s best chance at an MVP came during his rookie year in 2017. But he finished second behind Astros star Jose Altuve — getting only two first-place votes to Altuve’s 27 — though the award has since been questioned after Houston’s illegal sign-stealing scheme was revealed.

Judge is vying to become the 23rd MVP in Yankees history and the first since Alex Rodriguez in 2007.

Once the award is announced, the attention surrounding Judge will quickly turn back to his uncertain future.

Yankees managing general partner Hal Steinbrenner made it clear on Tuesday that money will not get in the way of their pursuit of keeping Judge in pinstripes. Steinbrenner has had multiple conversations with Judge since the season ended, reinforcing his desire to keep the four-time All-Star a Yankee.

But the Giants, Judge’s hometown team that he grew up rooting for, loom as a suitor, as do the powerhouse Dodgers, who already had four former MVPs on their roster last season.