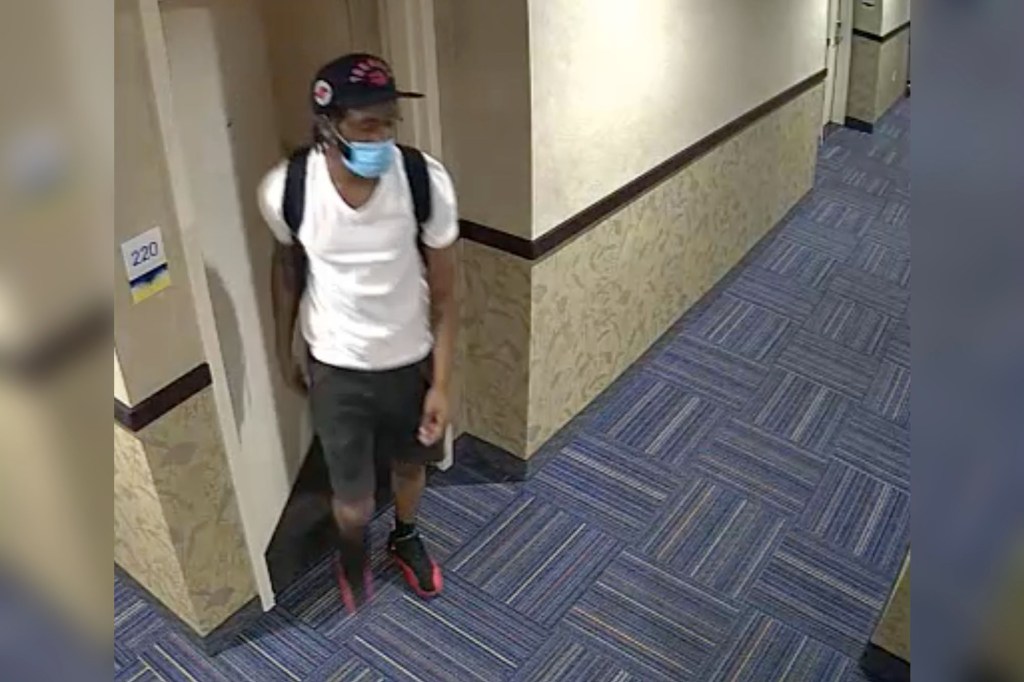 The sicko first targeted a 25-year-old woman at the 7 Days Hotel on Bruckner Boulevard near Zerega Avenue in Unionport around 7:30 a.m. Sept. 17, authorities said.

He showed up at the hotel in response to an unspecified “online post,” cops said.

Once inside, he displayed a “sharp cutting instrument,” removed an undetermined amount of cash and threatened and raped the woman before taking off, police said.

Police believe the suspect struck again at the same hotel around 6 a.m. Nov. 8, this time targeting a 26-year-old woman.

Again, the creep flashed a blade, stole some cash and threatened and raped the woman before fleeing, authorities said.

Police released surveillance footage from both incidents showing the suspect entering and leaving the hotel.

He is still being sought.